How Long Does It Take to Detox From Heroin?

Heroin is the most commonly abused illicit opioid in the United States, and was linked to 15,446 overdose deaths in 2016. Made from morphine, Heroin produces effects including euphoria, drowsiness, and sedation. This substance is one of most highly addictive drugs in the world, and can sometimes lead to an overdose or death following initial use.

On account of heroin’s highly addictive nature, many people struggle with quitting on their own due to intense drug cravings and other unpleasant withdrawal symptoms that are difficult to deal with. Those who quit cold turkey, or who attempt to detox on their own at home often face a higher risk for relapse, overdose, and death. Many times, at-home detox kits are ineffective, and are unable to reduce and treat heroin withdrawal symptoms.

Detoxing from heroin is safest when conducted in a medical setting where patients have access to nurses and doctors who can guide them comfortably through withdrawal. Many heroin detox treatments involve the use of medications that eliminate symptoms — allowing patients to recover from heroin dependence with less pain and discomfort. Heroin detox can last anywhere from three days to several months, depending on the type of heroin treatment chosen, and the severity of one’s addiction.

Exactly how long does it take to detox from heroin? Here’s a look at the current state of heroin use in the U.S., and a breakdown of safe, effective detox treatments that can help you or your loved one successfully overcome heroin use disorder.

Heroin is Driving Overdose Rates in the U.S.

Heroin use in the U.S. has become more widespread due in part to the nation’s opioid epidemic. Heroin is often easier to obtain and lower in cost than painkillers like oxycodone and hydrocodone, and is known to produce stronger effects. Those who become dependent on painkillers eventually head to the streets to buy heroin when painkillers become too costly or difficult to obtain from doctors, family, friends, and dealers.

Why Heroin is Highly Addictive, and Deadly

Drugs in the opioid drug class work by binding to opioid receptors in the brain responsible for controlling feelings of pain and pleasure. Heroin triggers a spike in dopamine — which allows people to experience euphoria, reduced pain, and drowsiness when using the drug. This dopamine rush, or surge of pleasure, is what leads to continued heroin use — as the brain is generally unable to naturally produce dopamine in the same high amounts as triggered by heroin.

Those who start using heroin regularly can eventually develop a tolerance to the drug, and require higher amounts to experience the drug’s effects. Tolerance can quickly lead to physical dependence, which is when the brain adapts to the presence of heroin and stops producing dopamine on its own. Someone who becomes dependent on heroin will often experience mild to severe withdrawal symptoms that cannot be relieved — unless the person uses more heroin, or decides to seek heroin detox treatment.

When a person becomes dependent on heroin, they may start using higher amounts that are lethal to the human body. Heroin users are then at risk for experiencing an overdose or death.

Occasionally, heroin is mixed or cut with stronger, synthetic opioids like fentanyl that can instantly trigger an overdose. Dealers can often purchase or manufacture fentanyl at lower costs than heroin, then use the drug as a filler to stretch out their heroin supply. This deadly practice is becoming more widespread throughout the U.S., and is causing an uptick in total drug overdose deaths caused by opioids.

Heroin detox can save your life. Get the help you need today!

Why You Need Professional Detox to Quit Heroin

A person who quits heroin abruptly or cold turkey will experience a set of withdrawal symptoms that range from mild to severe. Withdrawal symptoms occur when the brain and body attempt to rebalance and heal naturally after becoming adapted to and reliant on the presence of heroin. Certain withdrawal symptoms can increase the risk for life-threatening health complications when detox is conducted on one’s own without professional medical treatment. 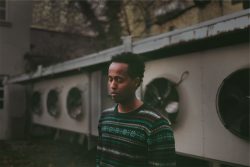 Heroin withdrawal symptoms can be dangerous, and often trigger relapse.

At-home detox kits claim to flush heroin and other harmful toxins from the body, but do not treat withdrawal symptoms triggered by quitting heroin use. Without proper medical care, individuals who detox from heroin on their own can experience lowered immunity and worsened health, and may be putting themselves at risk for relapse and overdose. For example, someone experiencing severe vomiting and diarrhea over several hours can quickly lose fluids, and suffer dehydration and related complications.

Professional heroin treatments offered at drug detox centers help people overcome heroin dependency with a far lowered risk for relapse and other complications. Many times, patients can completely avoid cravings and other symptoms by taking prescription medications created specifically for the treatment of heroin dependence. Patients who wish to undergo medical or natural heroin detox have the option of recovering at facilities that offer 24/7 access to medical staff in the event patients need extra support and care throughout withdrawal.

How Long Does Heroin Detox Last?

Many detox centers across the U.S. use the MAT approach for treating heroin dependence. This detox method involves the use of medications approved by the FDA for use in treating opioid dependence, including methadone, buprenorphine, and naltrexone. These medications reduce and eliminate withdrawal symptoms so patients can take weeks or months as needed to overcome heroin dependence at their own comfortable pace.

Rapid detox often lasts between two and four days, and is one of the fastest ways to treat heroin dependence. Patients who undergo rapid detox are put under general anesthesia, and provided with drugs that accelerate the heroin detox process. Before their release from the detox clinic, patients are closely monitored by nurses and doctors to ensure there are no complications.

A medical heroin detox often lasts no more than 10 days, and allows patients to fully withdraw from heroin at a natural pace while attended to by medical staff. With medical detox, patients can be prescribed certain medications that address specific withdrawal symptoms. For instance, patients suffering severe insomnia may be prescribed effective sleep aids that carry minimal risks for dependence and addiction.

If you need help choosing the right heroin detox option for your needs, call now to speak with a caring treatment specialist.

Here’s the heroin withdrawal timeline for those who choose medical detox:

Detox is vital for helping patients overcome heroin dependence, but many times, it can take patients an extended period of time for their bodies to fully heal from the damage caused by long-term heroin use. PAWS is commonly known as the second stage of withdrawal after detox, and can last for up to two years.

The most effective way to treat PAWS is to join an ongoing aftercare program following detox. Detox aftercare programs teach patients how to cope with and manage PAWS so they can avoid relapse and stay addiction-free. For instance, impulsive behavior can influence those in recovery to resume heroin use if they lack the skills needed to manage and control their behavior.

Heroin detox is the first and most important stage of any heroin addiction treatment. Before someone can overcome the psychological aspects of heroin use disorder, they must achieve improved mental clarity and physical health. Detox helps the body heal and rebalance after having been physically dependent on heroin and/or other painkillers.

The type of heroin detox you choose must benefit you most in terms of comfort, recovery, and your overall well-being. Detox can be conducted in an inpatient or outpatient setting, based on the amenities and care you need to successfully overcome dependence.

Inpatient detox for heroin offers the most intensive level of care, and is recommended for those recovering from physical and psychological heroin addiction. With inpatient detox treatment, patients can live at the facility while receiving 24/7 care from medical staff and counselors who offer guidance and support throughout recovery. Inpatient care is ideal for those overcoming a severe or long-term heroin addiction, and for those who need safe, stable environments away from negative influences, violence, and drugs.

Inpatient detox programs can be as short as 30 days, or as long as 180 days, depending on the length of time you or your loved one needs to overcome heroin use disorder. Those overcoming mild heroin dependency may only need 30 days in which to recover, while those fighting a moderate heroin dependency may need a 90-day heroin detox. Long-term programs that last between 120 and 180 days are most ideal for those overcoming a long-term heroin addiction, or those who have completed shorter detox programs in the past.

Outpatient detox centers commonly treat heroin dependence using MAT. MAT allows patients to resume normal daily life outside of treatment while using medications that reduce or eliminate heroin withdrawal symptoms. Patients are either prescribed medications they can use at home, or required to visit the clinic every day to receive their daily dose.

Aftercare programs are essential for helping patients stay sober and addiction-free in the months and years following heroin detox. Therapies commonly included in aftercare programs include cognitive-behavioral therapy, 12-step support groups like Narcotics Anonymous, and individual and group counseling. These therapies treat psychological causes driving heroin use disorder, and teach patients the skills needed to identify and manage triggers that can lead to relapse.

If you are suffering heroin use disorder and need help quitting, understand that professional heroin treatment can improve your health and save your life. Call our 24/7 confidential helpline at 800-483-2193(Who Answers?) to speak with one of our caring drug abuse counselors. We’ll help you find nearby heroin detox centers ready to help you take back your life from addiction.