The Heart of Addiction: Where it Starts, Where it Lives

Anyone who’s abuse drugs for any length of time well knows how uncomfortable periods of abstinence can be. Indeed, the physical effects of addictive drugs -both bad and good- work to drive continued drug use. While these effects may seem like the driving forces behind addiction, they’re really not.

Not everyone who tries drugs will fall prey to their damaging effects, though certain risk factors do make some people more susceptible than others. Ultimately, the heart of addiction does take root in the body, but it lives in the mind. 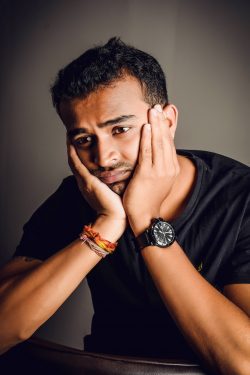 The terms drug dependence and drug addiction may well be used interchangeably, but they actually refer to two different conditions that result from drug abuse. Addictive substances, in general, interact with the brain’s chemical pathways and over time, alter how these pathways work. According to California State University, drug dependence has to do with the physical effects of drugs in the brain as well as on the body.

Drugs and alcohol all share a common characteristic: they all produce psychoactive effects. Psychoactive agents typically share similar chemical make-ups with the brain’s own natural neurotransmitter chemicals, which accounts for their ability to alter brain chemical pathways. These similarities make it possible for the brain to become physically dependent on a drug’s effects.

The brain’s tolerance for a drug starts to increase as of the first dose. Once ingested, drugs activate certain key cell receptor sites in the brain. These interactions force the release of unusually large amounts of neurotransmitter chemicals.

With frequent drug use, these effects wear away at brain cell structures, making them less sensitive to the drug’s effects. When this happens, a person must take larger doses to experience the desired effects. Tolerance level increases continue on indefinitely for as long as a person keeps taking the drug.

Withdrawal effects mark the first clear sign that physical dependence has taken root. These effects develop out of the brain chemical imbalances that result from repeated surges in neurotransmitter levels in the brain. Over time, these imbalances disrupt the brain’s ability to regulate bodily functions as normal, at which point withdrawal symptoms start to appear.

The Heart of Addiction: Where It Lives

In spite of the powerful effects drugs have on brain function, the heart of addiction lives inside the thinking and emotional patterns that result from continued drug use. According to the National Institute on Drug Abuse, these changes alter a person’s normal hierarchy of needs and desires, replacing them with drug-based needs and desires.

As ongoing drug use naturally breeds increases in tolerance levels, dosage amounts and frequency of use, drug-using behaviors become more compulsive in nature to the point where addict’s neglect most every other area of their lives in favor of getting and using drugs.

The changes in neurotransmitter outputs brought on by addictive drugs not only cause progressive cell damage, but also interfere with the brain’s reward system. This system’s sole purpose works to regulate a person’s belief systems. A person’s belief systems dictate his or her daily priorities, motivations and thinking patterns.

Dopamine neurotransmitter outputs, for the most part, dictate how the reward system works. The reward system interprets surges in dopamine levels as essential to a person’s survival.

With ongoing drug use, a person’s belief systems become more so focused on anything having to do with getting and using drugs. In effect, a chronic drug user develops a whole new set of priorities, motivations and thinking patterns, all of which support continued drug use.

Ultimately, the heart of addiction lives inside a mindset bred by chronic drug use. Like any other mindset, someone addicted to drugs develops a set of behaviors, habits and routines that supports ongoing drug use. These components drive the addiction lifestyle.

Characteristics of the addiction lifestyle include:

When these behaviors carry into adulthood, there’s an increased risk of turning to drugs as means for coping with the pressures of daily life. Much like the faulty belief systems that develop out of chronic drug use, a dysfunctional upbringing creates its own set of destructive beliefs, behaviors and motivations, which in turn make a person more receptive to the “perceived” rewards that drug abuse can bring.

The effects of addiction on a person’s mind all but traps him or her inside a maze of faulty logic and reasoning, making it especially difficult to see or acknowledge the destruction that results. In effect, the heart of addiction lives in a place that’s well hidden from the addict’s line of sight. Without needed treatment help, it’s all but impossible to overcome addiction’s hold on a person’s life.

Do you need help finding addiction treatment? Call 800-483-2193(Who Answers?) to speak with a caring specialist today!