Americans Are Leaving the U.S. to Recover from Opioid Addiction Using Ibogaine

A growing number of Americans addicted to opioids are visiting clinics in Mexico that treat opioid addiction using a psychedelic drug called ibogaine. In the U.S. ibogaine is an illegal Schedule I substance with no accepted medical use, but some evidence reveals that the drug may help relieve opioid withdrawal symptoms while treating psychological components of addiction at the same time.

Here’s a closer look at how ibogaine works, along with information about safe, effective methods being used to treat opioid addiction in the U.S. today.

What is Ibogaine, and How Does This Drug Work? 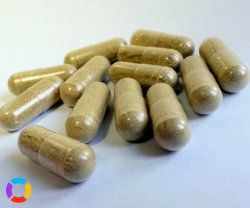 Ibogaine is a psychoactive substance derived from the roots of a plant native to West Africa. The drug induces hallucinations, and is said to restore opioid receptors back to a normal state in those dependent on drugs in the opioid drug class. Some scientists speculate that ibogaine also increases the brain’s levels of serotonin — a brain chemical often depleted in those who suffer from drug use disorders and addiction.

People who take one dose of ibogaine will enter a psychedelic state and experience hallucinations for between 24 and 30 hours, with effects of the drug lingering for up to 72 hours. During that time, ibogaine users experience emotionally intense hallucinations that allow them to reflect and contemplate their lives and behaviors, and the reasons they started using drugs in the first place. Scientists and doctors who study ibogaine for its use in treating opioid addiction say the hallucinations are an important, critical part of overcoming psychological addiction to opioids.

Those who have received ibogaine treatment for opioid addiction report feeling no cravings, withdrawal symptoms, or urges to use opioids in the days following treatment. Yet, addiction specialists recommend that these individuals keep going to support groups and counseling sessions to address any remaining negative thoughts and behaviors that could lead to relapse.

Why is Ibogaine Dangerous for Treating Opioid Addiction?

Ibogaine was associated with 19 deaths between the years 1990 and 2008, though the majority of those individuals had pre-existing health conditions that interfered with the drug’s effects. Ibogaine should not be used by those who have heart or liver conditions, or who still have opioids in their bloodstreams, since the drug can cause irregular heartbeat and liver damage, and produce adverse effects when combined with certain substances. Other potential side effects of ibogaine include seizures and fatal cardiac complications.

Ibogaine is illegal in many other countries including the UK, France, and Sweden, and is only regulated in New Zealand, where deaths caused by methadone outnumber deaths caused by ibogaine. Dr. Thomas Kingsley Brown of the University of California at San Diego says ibogaine treatment is largely frowned upon in the U.S. due to its psychedelic properties, but that studies show the drug greatly reduces opioid withdrawal symptoms in about 90% of patients. Brown, who has been studying the effects of ibogaine for over eight years, says the drug reduces the severity of addiction and has even helped patients boost relationships with family and loved ones.

In an effort to curb the U.S. opioid epidemic, some American scientists have resumed studying ibogaine to see if the drug can be manipulated in ways to treat opioid addiction without the negative side effects. A 2008 study found that ibogaine increases the level of a certain brain protein called GDNF that prevents the development of addiction. An American pharmaceutical company called Savant HWP is currently working on developing a drug that mimics the effects of ibogaine, but without producing hallucinogenic effects.

What is the Safest Treatment for Opioid Addiction?

Recovering from opioid addiction is safest when conducted in a controlled medical environment where patients can be monitored and supervised by trained, licensed medical staff. A professional detox helps lower the risk for complications, and gives patients access to proven evidence-based treatments that help them conquer addiction. FDA-approved medications for opioid addiction have been shown effective at reducing relapse rates and helping patients stay sober long-term after treatment.

Call our 24/7 confidential helpline at 800-483-2193(Who Answers?) to discuss your options for addiction treatment with a caring, experienced drug abuse counselor. Detox.com will perform a free insurance benefits check, and help you find the nearest drug detox center ready to guide you safely and comfortably toward sobriety.