On February 27th, 2018, the Justice Department agreed to support lawsuits against prescription drug companies for causing the serious opioid crisis our country now faces. This includes both local and state lawsuits, many of which are in Florida. The country is in the middle of an opioid epidemic, one that caused over 64,000 deaths in the year 2016 alone. While not all the drugs being used were created by these companies, the blame for the crisis itself is still placed on them.

Some of the companies targeted in these lawsuits include distributors like Amerisource Bergen, McKesson, Cardinal Health and drugmakers like Johnson & Johnson, Purdue Pharma, and Allergan. Drugs associated with these companies include legal, prescription pain relievers such as OxyContin, Vicodin, and others.

In more recent years, a large number of the overdose deaths associated with this crisis have been attributed to the use of street drugs like heroin and the illegal use of prescription drugs like fentanyl. Many people also use illegally produced fentanyl and its analogs to cut heroin. Though the drug companies do not make these substances, their initial pushing of the prescription opioid drugs is being called into question for leading to the severity of the current crisis. 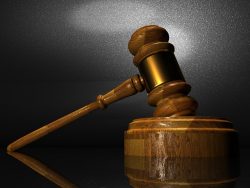 Yes. Opioid drugs are highly addictive, and since the late 1990s, people in the United States have been using them in record numbers. In fact, according to the Centers for Disease Control and Prevention, doctors and other healthcare personnel wrote so many prescriptions for opioid pain relievers in 2012—259 million to be exact—that it was enough for every adult in the U.S. to have their own bottle.

Though we once believed that opioids could be taken safely for long periods of time as long as they were used exactly as prescribed by one’s doctor, this no longer seems to be the case.

Any one of these outcomes could lead a person to abuse their medication. We have also come to understand that those who take opioids for more than 7 days at a time experience a greatly increased likelihood of becoming addicted at some point during their use.

Where Can I Get Help?

If you are already dealing with opioid addiction, or you know someone who is, it’s time to get help now. Call 800-483-2193(Who Answers?) to speak with a treatment advisor and seek out safe, effective detox and rehab centers where you can begin your recovery as soon as possible. Don’t wait; call today.