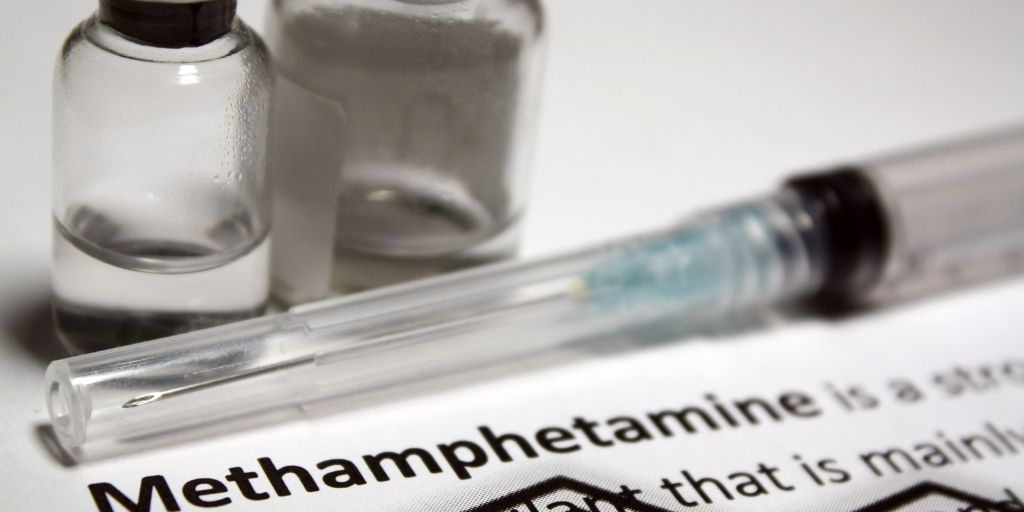 A slight change in chemistry is no big deal, right? Meth is meth.

Let’s take a look at something more benign: water. Put two atoms of hydrogen with one atom of oxygen and you get water. Add a second oxygen atom and you have something very different – hydrogen peroxide. One is good for drinking. The other…not so much.

Now, let’s go back to meth. When this drug was first introduced in 1919, a Japanese researcher created it by altering ephedrine. Ephedrine comes from the ephedrine plant and is commonly used in decongestants. In the 1980s, drug dealers in the U.S. rediscovered this method, and a huge meth market exploded.

Officials took action to make it harder for criminals to access ephedrine (such as restricting Sudafed sales). This may have helped slow the meth market, but it didn’t stop it. Instead, it forced everything about meth to evolve.

Meth cooks turned to a second way to make the drug – with phenyl-2-propanone (P2P). This clear liquid could be made cheaply through the combination of several easy-to-access chemicals.

By the early 2000s, this new and evolved version of meth was widespread. 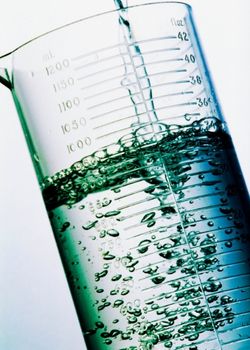 Why was this chemical alteration significant? Its effects. Meth is a neurotoxin, meaning it damages the brain no matter how it is cooked. But ephedrine meth caused slow damage over years of abuse. P2P meth seems to cause immediate damage to the brain.

Using the P2P meth results in a “cerebral catastrophe” – quickly causing severe deterioration in mental health. Hallucinations, violent paranoia, isolation, jumbled speech, and memory loss are common symptoms. The effects were so noticeable that when the “new” meth started to circulate, some gang members began calling it “weirdo dope.” People with “no prior history of mental illness seemed to be going mad.”

But its damaging effects didn’t slow down use. By 2012, meth was flowing into Southern California from Mexico in droves. That year, 96% of meth samples tested by the DEA were made with P2P.

Over the next six years, P2P meth continued to spread across the country. By 2018, if you were one of the 1.8 million people in the US using meth, you most likely used the P2P-based drug. Meth labs had popped up all over, and this increase in supply caused the price to drop – which spurred even more sales and abuse.

The Fallout of a Spreading Meth Epidemic

In the Southwest, the meth epidemic became more prevalent than ever. New England had seen very little meth use in the past, but the drug found its way there by the mid-2010s. And previously, the South and Midwest had not been reached by Mexican traffickers with limited ephedrine supplies, but now local dealers began to introduce the P2P meth.

People across the country are now seeing the effects of this evolution in the meth epidemic.

Jennifer Grzesik, counselor at the MORE Center in Louisville, says that it used to be rare to see patients who were using meth. But more recently, roughly 9 out of 10 patients who come in the clinic have meth in their system. 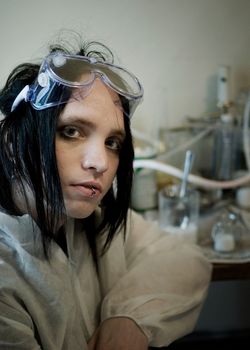 Around 2013, meth began to flood Portland, Oregon. By 2020, the city was forced to shut down its sobering station. Created as a place for alcoholics to sober up, the station wasn’t equipped for meth users who started coming through the doors.

Rachel Solotaroff, CEO of the nonprofit that ran the station, admitted, “The degree of mental-health disturbance…I’ve never seen before. If they’re not raging and agitated, they can be completely noncommunicative.”

In Los Angeles, police officer Deon Joseph worked Skid Row for decades. Once the new meth became prevalent there, Joseph notes, “It seemed that people were losing their minds faster. In 2014, with meth, all of a sudden, they became mentally ill. They deteriorated into mental illness faster than I ever saw with crack cocaine.”

Susan Partovi, physician to the homeless in L.A., has also noticed an increase in mental illness, starting around 2012. Partavi reports, “Now almost everyone we see when we do homeless outreach…is on meth. Meth may now be causing long-term psychosis, similar to schizophrenia, that lasts even after they’re not using anymore.”

In southwest Virginia, drug counselor Eric Greene admits, “It’s caused a crisis in our state mental-health hospitals. It’s difficult for the truly mentally ill to get care because the facilities are full of people who are on meth.”

The Future of the Meth Epidemic

How bad could this epidemic get? The National Center for Drug Abuse Statistics reports 205,000 people are introduced to meth abuse each year. If they’re all using the evolved meth, that’s a lot of people potentially heading toward mental illness, homelessness, and a life of painful addiction.