Get Clean. Get Sober.

"You have not lived today until you have done something for someone who can never repay you."

I Missed the Funeral Because I was High

Those words, and watching my dad cry, ripped through me like a hot knife.

My boyfriend and I used heroin frequently. We kept using until he overdosed and then I kept using on my own. Nothing could stop me at this point because I had lost literally EVERYTHING that mattered to me. Losing Zane was like the last big thing–the last thing that mattered in my life was officially gone. 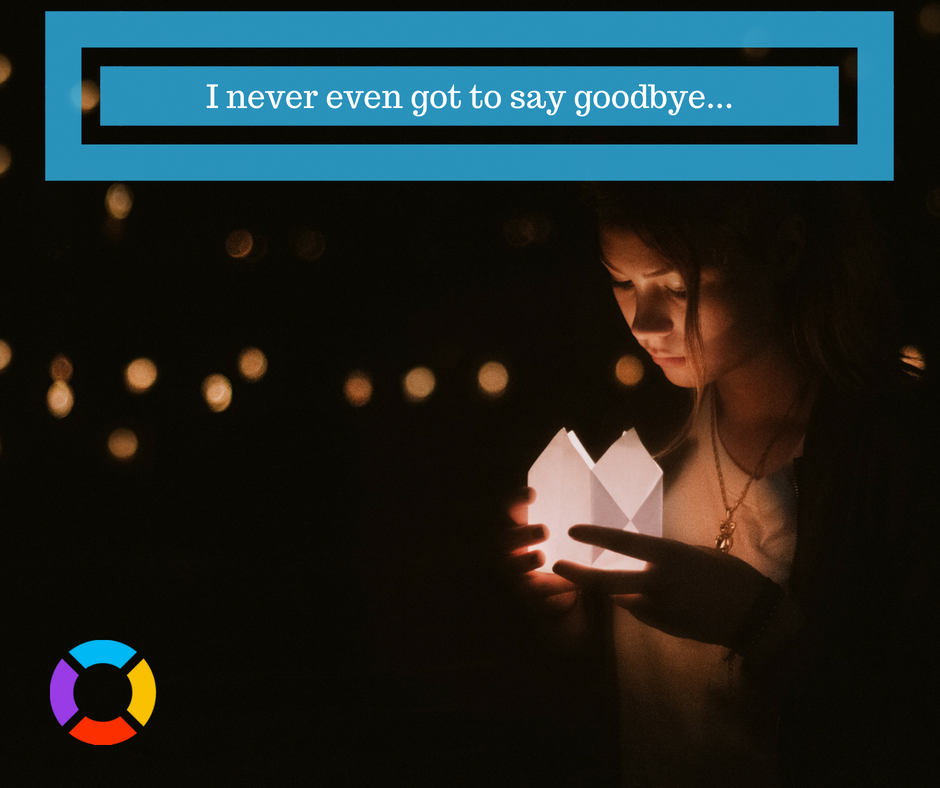 Zane’s funeral was on a Saturday nearly a week after he had overdosed in my apartment. I missed his funeral because I was so high I forgot to go. After the funeral a friend of ours came by to check on me. I didn’t even realize that I had missed this important time for closure. I never even got to say goodbye.

A week later, as I continued to spiral further out of control that same friend that came by to check on me showed up with my mother, father and an interventionist. It was “TIME” they said. Time for what? I wondered as I came in and out of consciousness.

The intervention was something I NEVER expected. I had done so many horrible things to my parents that I actually thought they no longer cared about what happened to me. I figured I had done wrong by them so many times over that they couldn’t possibly see any good in me–I sure didn’t see any good in myself.

I was SO WRONG!

The intervention began with my father speaking about how much he loved me and how much he missed US. He said, “I remember when you fit in the palm of my hand–I vowed then to care for you for the rest of your life. Today I am horrified that I haven’t been able to protect you from heroin.” — Those words, and watching my dad cry, ripped through me like a hot knife. “HOW could I hurt such a big man that I had such deep respect for? How is it that he is crying, surely it’s not that bad,” I thought.

My mom spoke next. She mentioned how full of life I once was and how she envied my ability to find good in EVERY situation no matter how good or bad. All I could think was, “that a part of me is gone. That part of me is never coming back.” But she somehow saw hope and she believed in ME.

I accepted the interventionist’s offer and I went to rehab that day. I was frightened and sad. I had lost so much along the way and I didn’t want to lose anymore. I didn’t want to lose time, friends, family, or faith. I wasn’t even sure if I could recover at this point but I was willing to give it a chance and try.

I spent 60 days in rehab. In the beginning, the days were a struggle and seemed like they would surely end in disaster. As time went on, I started to realize that the days weren’t so bad and I wasn’t thinking about my “old” life as much. In fact, I was starting to feel better and I was beginning to think about the future.

By the time I was ready to leave rehab, I had managed to gain 20 pounds and emotionally I felt SO much better. I struggled still with the fact that I had lost someone so dear to me just before finding help and I vowed to share my story with others so that hopefully they wouldn’t have to live this struggle like I did.

One thing I realized is that recovery has been an exciting journey. I was scared but I should have never been afraid of rehab. I wasn’t in pain or miserable when I was there. I was treated so compassionately. I actually hadn’t felt that good in a very long time. My deepest regret is that I didn’t get help sooner so that maybe Zane’s life could have been spared.

I also know that I wasn’t in control of his life and even if I had gotten sober before he died, it didn’t guarantee that he would have followed in my footsteps or that he would be here today. I try not to carry the weight of his death to deeply as I know it’s not my fault, and I know it’s not good for my recovery, but I do still think about him every single day.

It’s only been a year since Zane’s death. 1 year since I was spiraling out of control heading for my own death. But WOW–what a difference a year can make!~

Today I am grateful. Today I am blessed. Today I am alive! Rehab saved my life and I am beyond happy for that.

Share your Story of Detox, Treatment or Recovery. It may help someone else to get through this difficult time.