Beating an addiction to alcohol starts with detoxification. During this time, you should expect to face a variety of withdrawal symptoms. Luckily, these symptoms can be managed with professional treatment. There is no denying the fact that alcohol withdrawal symptoms can be uncomfortable and painful at times. Furthermore, alcohol withdrawal syndrome can be life threatening. This is most common in people who have been drinking heavily for an extended period of time, and then attempt to quit cold turkey without the assistance of a treatment center. Here is what you should know about the alcohol withdrawal duration generally experienced by those in detox.

Contact Detox.com to be connected with detox centers in your area.

Depending on your level of abuse, you can expect to experience withdrawal symptoms within six hours of your last drink. These symptoms will include but are not necessarily limited to the following:

Twenty-four hours after your last drink, you can expect withdrawal symptoms to become more serious. During this time, it is not uncommon to be faced with the following:

One to Two Days After your Last Drink 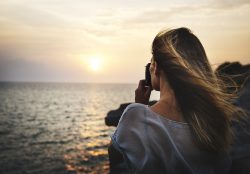 After about two weeks the symptoms of alcohol withdrawal should be gone.

This is the time when many people face their biggest struggles. Withdrawal symptoms have reached their peak, and the body is craving alcohol. It is during this time that you need the most help.

Note: those who are quitting on their own often times have a hard time making it past this stage. Instead of fighting through the discomfort, they revert back to their old ways and the cycle continues.

After day four, there is a good chance your withdrawal symptoms will begin to subside. By the time you reach day 12, you should feel better about the future as the worst is now behind you.

The majority of people no longer experience symptoms after two weeks. While physical dependency may have come and gone, there will still be lingering psychological dependency that can cause issues. Symptoms during this time may not be as serious, but can still include:

There is nothing fun or simple about alcohol detox, however, this is the first step in becoming sober. Once you make it through detox, your mind and body will begin to feel better.

Since everybody is different, especially when it comes to his or her drinking history, it is hard to know exactly what to expect during alcohol withdrawal. For most, symptoms begin to set in after six hours and typically last two weeks.

To protect against serious issues, while also receiving treatment for some pain and discomfort, you can seek treatment at a professional rehab facility. We can help you find an alcohol rehab that meets your needs; call 800-483-2193(Who Answers?) today!