Uncover the Truth: How Serious is Morphine Withdrawal?

Morphine addiction is contributing to America’s ongoing opioid epidemic, which caused more than 53,000 overdose deaths in 2016. Morphine is a prescription opioid commonly used to treat moderate to severe pain, but misusing this prescription can quickly lead to dependency, addiction, and death. Thankfully, there are many successful treatment options available for those who suffer from morphine use disorder and need help overcoming their addiction.

Here’s everything you need to know about morphine withdrawal, and about what you can do to safely and successfully overcome morphine addiction.

The Dangers of Morphine Addiction

Morphine has been used in the U.S. to treat pain since the mid-19th century, and became a prescription-only drug in 1914.

Morphine is classified as a Schedule II drug under the Controlled Substances Act.

This classification means the drug carries a high risk for abuse, dependence, and addiction. Those who use morphine for even a short period of time are at high risk for becoming dependent on this opioid.

In 2015, roughly two million Americans diagnosed with substance use disorders were dependent on opioids like morphine. That same year, opioid addiction even lowered the average life expectancy rate of Americans to 78.8 years, which is the lowest rate of life expectancy since the AIDS epidemic in the early 1990s. Researchers are saying that unless the opioid epidemic is resolved, the U.S. could soon also be facing a more serious heroin epidemic.

Morphine addiction can cause countless serious problems associated with your health and overall livelihood, and interfere with your career, education, and relationships. Many times, morphine addiction is unintentional, and happens when patients misuse their morphine prescriptions. Data shows that unintentional overdose deaths caused by prescription opioids like morphine have more than quadrupled since 1999.

Opioid drugs can be difficult to stop using due to the severity of withdrawal symptoms they often trigger. Symptoms like cravings, bone pain, and insomnia can be tough to cope with, and can even be life-threatening in some cases. But anyone who seeks professional morphine addiction treatment has the option to comfortably recover from morphine dependency and stay sober for life.

Morphine detox is the very first stage of addiction treatment, and helps patients overcome physical dependence on morphine. Following morphine detox, patients will no longer require doses of morphine to suppress cravings and withdrawal symptoms. Patients who detox from morphine usually do so under close medical supervision and guidance to lower the risk for complications associated with recovery and withdrawal.

Contact Detox.com now to find detox centers near you!

Morphine addiction treatment is comprised of a number of different therapies that help patients overcome psychological addiction to morphine. Even after going through morphine detox, patients can continue to experience psychological cravings for morphine, and may need help restructuring their lifestyles so morphine use is no longer a priority. Therapy can teach morphine patients the skills needed to improve their lifestyles and stay sober after overcoming morphine addiction.

Morphine withdrawal can be difficult and painful to endure, which is why this drug is associated with high addiction and overdose rates. Fortunately, there are many detox treatments available today that can completely eliminate morphine withdrawal symptoms. However, those who choose to overcome morphine dependency using an abstinence-based detox program may experience a wide range of mild to severe withdrawal symptoms as their bodies and brains start to heal and rebalance after quitting morphine. 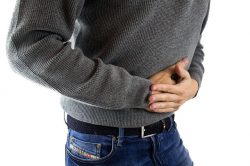 Physical symptoms of morphine withdrawal are often compared to those triggered by the flu virus. Those who have suffered the flu can expect a similar experience when going through morphine withdrawal. The length of time it takes to recover from morphine dependence will vary for each person based on the detox method they choose, and factors like the severity of the addiction.

How Long it Takes to Withdraw from Morphine Addiction

Onset of Withdrawal: First 6 to 12 Hours

Symptoms begin mild at first, and gradually worsen as hours pass. Drug cravings are usually the first noticeable symptom to set in, followed by insomnia, nausea, cramping, and diarrhea. Psychological symptoms of anxiety and depression may also start to set in, and can be exacerbated in patients who already feel distressed about their sudden lifestyle change surrounding quitting morphine use.

Withdrawal sets in when the body recognizes it’s no longer receiving the doses of morphine it’s become dependent on. Withdrawal symptoms are the body’s way of eliminating toxins and healing itself after having been functioning for a period of time with the presence of morphine.

Detox treatment can alleviate your withdrawal symptoms. Get the help you deserve today!

On average, symptoms usually peak between days one and three after the last morphine dose. Symptoms will resemble those of the flu, and include fever, chills, sweating, muscle aches, and runny nose. Nausea and vomiting usually peak at the end of this stage closer to day three. Those who make it through three days without morphine can expect symptoms to start dissipating and improving shortly.

Symptoms Dissipate: Days 4 and Beyond

The worst of physical withdrawal symptoms are usually over by day four, while some remaining symptoms will continue to dissipate and reduce in severity over the next few days. However, psychological symptoms like depression, anxiety, and irritability may continue for another several weeks or months, and require ongoing therapy. This is normal, since morphine addiction is known to cause lasting changes to the brain that affect one’s mood, behavior, and mental health.

While morphine withdrawal can be intense and challenging, those who go through detox should keep in mind that feeling sick and going through withdrawal is only temporary, and won’t last a lifetime like addiction. The pros of going through morphine detox far outweigh the cons associated with addiction, such as worsened health, overdose, and the possibility of death.

The U.S. opioid epidemic has been declared a public health emergency — meaning the federal government will start allocating more funding for opioid addiction treatment. Americans now have more options than ever when it comes to choosing a morphine withdrawal treatment.

Morphine dependency is commonly treated using a medical detox, rapid detox, or medication-assisted treatment — the latter of which involves the use of medications that completely eliminate and relieve morphine cravings and withdrawal symptoms.

For help choosing the best morphine withdrawal treatment for your needs, call now to speak with a caring specialist.

A medical detox involves withdrawing from morphine surrounded by caring, attentive medical staff who monitor your symptoms and help lower the risk for complications. A medical detox often involves the use of medications that relieve certain symptoms. For example, those who suffer insomnia may be prescribed a sleep aid that carries little to no risk for dependence and addiction.

Medical detox treatments for morphine usually take place in a hospital or inpatient rehab setting. Patients live at the treatment center for the duration of detox before beginning therapy in an inpatient or outpatient setting.

Residential detox programs for morphine addiction carry an endless number of benefits, such as having 24/7 access to doctors, therapists, and addiction counselors who can step in to offer medical care or support at any time of day. A residential detox also helps patients get used to practicing new daily routines without having access to morphine or other substances. Residential detox programs play a large role in reducing the risk for relapse, since patients have the opportunity to learn skills for staying sober, and can discover new interests that replace morphine abuse.

Rapid detox treatments usually last between one and three days, and are generally only recommended for those in good overall physical health who also have a strong motivation for staying sober. Rapid detox treatments are a speedy version of the normal morphine withdrawal timeline, since withdrawal takes place in a matter of a few hours or days as opposed to five days or longer.

During a rapid detox, patients are put under general anesthesia and administered medications that quickly flush morphine from the body. General anesthesia is required since withdrawal symptoms are accelerated and happen all at once, and can be even more painful and difficult to endure than a standard withdrawal.

Since a rapid detox can put lots of strain on one’s physical health, this detox method is only recommended for those whose bodies are capable of handling a fast, intense withdrawal. Those who go through rapid detox are also recommended to attend ongoing therapy, since these individuals will need to learn how to stay sober and change their lifestyles accordingly after overcoming morphine dependence.

Medication-assisted treatment, or MAT, is a detox treatment involving the use of medications that eliminate morphine cravings and withdrawal symptoms. The primary benefit of receiving MAT for morphine addiction is being able to completely avoid pain and discomfort caused by withdrawal symptoms. Another benefit to MAT is being able to resume and go about normal daily life while detoxing from morphine and receiving therapy to overcome psychological addiction.

Medications commonly used as part of MAT for morphine addiction are methadone, buprenorphine, Suboxone, and naltrexone. These medications can be dispensed once per day at an outpatient treatment center, or prescribed for at-home use. Extended-release naltrexone is available as an injection, and can be administered only once per month.

Suboxone is a combination of buprenorphine and naloxone — the latter of which is an opioid overdose antidote formula that can prevent or reverse an overdose. Naltrexone is a medication that blocks the effects of all other opioids including morphine, and is sometimes prescribed along with methadone, buprenorphine, or Suboxone. Those who use opioids while taking naltrexone will not experience the effects of opioids, and may even feel the onset of withdrawal symptoms instead.

Getting Help for Morphine Addiction

Access to opioid addiction treatments — especially MAT — is becoming more widespread on behalf of the U.S. opioid crisis to help millions of Americans become sober. Use our detox center directory to find local morphine detox centers in your city and state.

If you’d feel more comfortable discussing your treatment options with an experienced drug abuse counselor, call our 24/7 confidential helpline at 800-483-2193(Who Answers?). We’ll help you find the nearest opioid detox center ready to help you or your loved one achieve lifelong sobriety from morphine and all other opioids.