Benzodiazepine use has skyrocketed in recent years. These harmless-looking, little pills are responsible for 16 percent of overdose deaths in the United States.

Prescriptions of benzodiazepines have more than tripled since the mid-1990s. In fact, between 1996 and 2013, prescriptions increased by a whopping 67 percent, rising from 8.1 to 13.5 million.

While there are certainly valid uses for this medication, benzodiazepines are one of the most commonly misused prescriptions on the market.

For that reason, the US Food and Drug Administration (FDA) has ordered that the pills come with a black box warning, advising patients to use them with caution.

Also, the symptoms of benzodiazepine withdrawal are no joke. 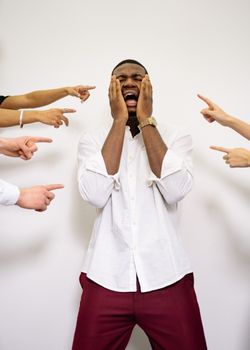 Benzodiazepines, sometimes called “benzos,” are a class of drugs that work to slow down the central nervous system. This ultimately reduces symptoms of stress and anxiety. Benzodiazepines include Xanax, Ativan, Valium, and Librium.

Benzodiazepines are also used to treat various medical conditions, including:

Many people in recovery have co-occurring disorders, like anxiety. In fact, as many as 18 percent of people in recovery struggle with generalized anxiety disorder. In some cases, the anxiety predated the addiction because many people use alcohol or drugs to self-medicate the symptoms of their anxiety.

That was the case for Gail.

“I used to have terrible anxiety as a teen,” she explained. “I’d avoid going to social situations and if I had to, I’d feel really awkward and my heart would be racing.”

“Then I discovered that alcohol made those feelings go away. In many ways, alcohol became my anxiety medication. I’d have a few drinks before hanging out with friends and that continued throughout my teens until my mid-20s.”

Unfortunately, Gail developed an addiction to alcohol. “Those few drinks before going out became a bottle of wine before going out. Then, I’d have several drinks while socializing and when I got home. Before long, my body couldn’t cope and I had to seek help.”

“I discovered that alcohol made those feelings go away. In many ways, alcohol became my anxiety medication.”

Could have benzodiazepines simply helped Gail with her anxiety instead of alcohol. Unfortunately, there is no hard and fast rule when it comes to prescribing benzodiazepines.

The medication is recommended to be used with caution and for short periods of time. They can become highly addictive. Long-term use can also lead to benzodiazepine withdrawal symptoms.

Casey was prescribed benzodiazepines for his panic disorder. His anxiety was so debilitating that he was unable to leave the house for fear of having a panic attack away from home.

“My doctor talked to me about medications, and I explained that I tried other anxiety meds but nothing seemed to work. That’s when he suggested I try Ativan, a benzodiazepine,” he explained. “I’ll never forget trying the medication for the first time. It was life-changing. My body calmed down, I felt relaxed, and I was finally able to leave the house.”

“But I started to notice that if I forgot to take the medication, I would experience some side effects.”

While Casey benefited from benzodiazepines, he was worried about the effects of long-term use.

“That was concerning for me, so I asked my doctor to refer me to a psychiatrist who could help me wean myself off and find a long-term solution for my panic disorder,” he added.

As illustrated in Casey’s situation, benzodiazepines are considered safe for short-term use. But over time, they can become addictive. A person may then experience withdrawal symptoms when they stop.

The side effects of withdrawal can be particularly unpleasant because of how benzodiazepines work. The medication slows down the nervous system. Abruptly stopping long-term benzodiazepine use can cause a sudden and dramatic change in brain activity.

These side effects can include:

Dave, who was diagnosed with a substance use disorder, experienced some of this. “I used to take benzodiazepines to help me withdraw from opioids. After a while, they became a crutch. I soon began taking several benzos a day.”

Before long, Dave was hooked. He was then left dealing with debilitating benzodiazepine withdrawal symptoms.

“After a year of taking benzos, I couldn’t get any more from my doctor, so I tried to quit cold turkey. It was horrific. I felt like I needed to go to the hospital,” he said. Dave was right, severe benzodiazepine withdrawal does require medical intervention.

How to Safely Withdraw from Benzodiazepines

It is not advised to stop taking benzodiazepines alone. The side effects of withdrawal are serious and potentially life-threatening.

In fact, SAMHSA recommends detox for sedative-hypnotics (benzodiazepines), in at least some form of 24-hour medical care. Which SAMHSA says is “based upon principles of safety and humanitarian concerns.”