Detox Centers Chime in on Dangers of Medical Marijuana Legalization

The legalization of medical marijuana seems to be sweeping the country as state after state takes a second look at this drug’s medicinal effects. That being so, these developments can’t change the facts surrounding marijuana’s addictive properties and potential for abuse.

Much like most every “illegal” drug on today’s market, marijuana potency levels have greatly increased compared to just a decade ago. The numbers of detox treatment admissions for marijuana addiction have also seen considerable increases over the years.

In spite of marijuana’s medicinal properties, legalization may very well make regulating this most precarious of substances all the more difficult. Medical marijuana legalization has sparked a whole new industry of commercial enterprise that may ultimately leave those most vulnerable wide open to the drug’s addictive potential.

Call Detox.com now to find marijuana recovery centers near you! 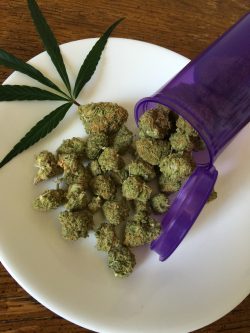 As it is an addictive substance, legalizing marijuana would likely lead to an increased need for marijuana addiction treatment.

THC concentrations have increased from four percent in 1983 to as high as 25 percent in today’s marijuana batches. In alcohol terms, this increase in THC concentration is comparable to drinking a beer versus drinking multiple vodka shots in succession

While marijuana legalization may seem more like a safety control rather than an opportunity for abuse, the ongoing increase in “legal” prescription pain medications paints a different picture. In effect, the legalization of marijuana directly affects the drug’s availability.

Once legalized, marijuana becomes a marketable commodity. The advent of commercial enterprises involving growers, manufacturers, distributors and retailers will put a whole new spin on any intended medicinal properties the drug may hold.

As with any commercial industry, profit incentives will become the driving force behind marijuana sales. From this standpoint, those most vulnerable to the drug’s addictive potential become the industry’s target market. With the mechanisms of supply and demand at work, the more people who use, the lower the price goes, the more accessible the drug becomes.

Within the coming years, detox centers may well have their hands full as this influx of new users contends with marijuana’s addictive effects.

To find marijuana detox centers near you, search our directory or call 800-483-2193(Who Answers?) to speak with a treatment specialist.