The negative effects of drug addiction reach well past the physical discomforts that come with withdrawal. Addiction develops out of weakening brain functions, which gradually breakdown the cognitive processes that structure a person’s psychological make-up. As addiction attacks both the physical and psychological well-being of the individual, people struggling with drug abuse problems face a range of obstacles when any attempt is made to stop using. In effect, the drug addiction cycle takes on a life of its own, driving continued drug use for as long as drugs remain in the system.

Addiction’s Effects in the Brain 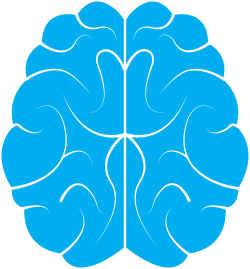 Addictive substances take a considerable toll on brain chemical processes; interfering with chemical production outputs and eventually reconfiguring brain chemical pathways altogether. Drugs and alcohol share certain similarities with the brain’s natural chemicals, which makes it easy for these substances to integrate within the brain’s chemical system. While different drugs interact with the brain in different ways, all drugs produce cumulative effects over time, weakening the brain’s regulatory control and creating a state of chemical imbalance throughout the brain and body.

The chemicals most impacted by drug effects include neurotransmitters and endorphins. Both types of chemicals act as communication messengers, transmitting information to the various areas of the brain as well as to neuron cells throughout the central nervous system.

Addiction as a Chronic Medical Condition

The drug addiction cycle develops out of the physical and psychological changes that take place over the course of a developing addiction. Frequent or repeated drug use turns the brain into a diseased chemical environment. According to Governors State University, the “disease” aspect of addiction works in much the same way as any other chronic medical condition, such as hypertension and diabetes.

When viewed in this light, the drug addiction cycle becomes more so apparent considering how diseases like diabetes and hypertension interact with the body. Other similarities between addiction and chronic disease include:

Addiction as a Psychological Disorder

Addiction drives a person to engage in compulsive drug-using behaviors regardless of the negative consequences that result. While addiction’s effects stem from disruptions in brain function, the drug addiction cycle takes place within a person’s thinking, emotions and behaviors, according to the National Institute on Drug Abuse.

The fact that addicts continue to engage in harmful behaviors speaks to the psychological dysfunction that lies at the heart of the drug addiction cycle. Not unlike other forms of psychological disorder, the obsession addicts develop takes precedence over any sense of logic or reasoning. In effect, the addict’s obsession with drugs becomes the basis for any form of logic or reasoning he or she uses.

As structural damage increases, cells lose their ability to secrete the amount of neurotransmitters needed to produce the drug’s desired effects. As a result, drug users must increase dosage levels in order to experience the expected “high” effect. Each time this happens, the brain’s tolerance for the drug increases. Brain tolerance increases will continue for as long as a person keeps using the drug, which sets a vicious cycle of drug abuse in motion at the outset.

Before long, increasing tolerance levels leave the brain physically dependent on the drug’s effects. When physical dependency sets in, the brain can no longer regulate bodily functions as normal in the absence of the drug. At this point, widespread chemical imbalances have developed throughout the brain and body.

Under these conditions, a person starts experiencing withdrawal effects when needed amounts of the drug are lacking. Much like how drug users respond to tolerance level increases, users will likely ingest more of the drug in an attempt to gain relief from uncomfortable withdrawal symptoms. Once again, the physical effects of the drug have set off a chain of events that works to promote continued drug use.

Once chemical imbalances reach a certain point, drug effects start to interfere with the brain reward system, an area that, for the most part, structures a person’s psychological make-up and character. The reward system interacts with the brain’s learning, memory and limbic or emotion-based centers to determine a person’s belief systems, priorities and primary motivations.

According to the Montana State Website, the brain reward system relies on dopamine chemical outputs to function. This system places a high priority on any activity or substance that increases dopamine production outputs.

Before long, the effects of repeated drug use translate into a whole new set of belief systems, priorities and motivations that all work to support drug abuse behaviors. By the time addiction sets in, the brain reward system is playing an active role in promoting drug use. At this point, the drug addiction cycle is running at full force.

Long-term drug use interferes with essential brain chemical interactions in dangerous ways. In effect, the drug addiction cycle will continue on indefinitely for as long as a person keeps using drugs. In the process, damage done to brain and body processes becomes progressively worse.