A large batch of synthetic marijuana has been linked to 75 cases of internal bleeding and two deaths in Chicago and central Illinois. Synthetic marijuana, also known as K2 or Spice, is a substance made up of chemicals and ingredients designed to mimic the effects of marijuana, but contains no actual marijuana. The Illinois Department of Public Health says the number of local cases linked to K2 are still rising, and that more deaths could result from this latest contamination.

What is Synthetic Marijuana and Where Does it Come From? 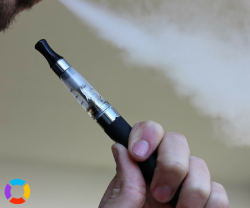 Synthetic marijuana is made from synthetic cannabinoids that bind to the same receptors in the brain as THC — the active ingredient in real marijuana. Many synthetic cannabinoids were originally created by scientists to study the effects of THC on the brain. But each of these chemicals vary greatly from one another in structure, and can produce unknown, unpredictable, and dangerous health effects.

Synthetic cannabinoids are sprayed on plants and herbal substances that resemble real marijuana so the drug can be smoked or used in a vape pen. The majority of synthetic marijuana is manufactured in Asia and shipped to the U.S., where the product is sold in bright, colorful packaging designed to appeal to children, teens, and young adults. Since every batch of synthetic marijuana is different from the next in terms of chemical makeup, the DEA and FDA have difficulty regulating and keeping track of all the compounds used to make this dangerous drug.

Synthetic marijuana can be purchased on the Internet and at gas stations, convenience stores, novelty stores, and shops that sell drug paraphernalia. Most K2 packaging features wording such as “natural,” “incense,” “potpourri,” and “herbal smoke blend” to disguise their real use, and are also marked with “not for human consumption” so manufacturers are not held liable for health problems that result when people use the drug.

What Happens to People Who Use K2 Synthetic Marijuana?

The batches of K2 linked to severe bleeding and death in Illinois were found to contain brodifacoum — a powerful rat poison made from warfarin. Warfarin is sometimes used in a medical setting as a blood thinner, but can cause life-threatening bleeding when used incorrectly or in high doses.

Brodifacoum causes bleeding to occur from any part of the body — including from the ears, eyes, nose, and gums — and produces effects that are often long-lasting and difficult to reverse. All the recent Illinois cases required hospitalization due to symptoms including coughing up blood and blood in the urine. The two K2 victims who died experienced unstoppable internal bleeding caused by the rat poison.

Any batch of K2 can contain chemicals that are more toxic than brodifacoum, which is why synthetic marijuana use can be highly dangerous. Since K2 is not regulated, anyone who uses this drug faces the risk of experiencing life-threatening symptoms including rapid heart rate, vomiting, hallucinations, and death. Illinois doctors not involved with the recent K2 poisonings say these drugs have also been linked to seizures, heart attack, and kidney failure.

How to Avoid K2 Synthetic Marijuana

People use K2 synthetic marijuana for a number of reasons, such as to achieve a more powerful high than real marijuana, and because the drug is often lower in cost and easier to obtain — especially in states where marijuana is not legalized for medicinal or recreational use. But using K2 just one time can lead to death or life-threatening complications.

To avoid contamination and poisoning from K2 synthetic marijuana, do not use any marijuana purchased from dealers on the streets, or from gas stations and other facilities that are not licensed to sell marijuana legally. Also, avoid using any marijuana that resembles other plants and herbs like oregano and tea leaves, since these substances are most likely K2.

Synthetic marijuana can lead to physical dependence and addiction when used regularly, and produces withdrawal symptoms including headaches, irritability, anxiety, and depression when stopped abruptly. K2 addiction can be safely and effectively treated at a drug detox center using marijuana detox and therapy.

If you or someone you love needs help recovering from K2 synthetic marijuana addiction, call our 24/7 confidential helpline at 800-483-2193(Who Answers?). Our caring drug abuse counselors will discuss all your treatment options, and help you become healthier, sober, and addiction-free.