Ketamine May Be Effective at Treating Alcohol Dependence and Depression, Studies Say

Early scientific trials show that a surgery anesthetic called ketamine could soon be used to treat alcohol dependence and depression in those with alcohol use disorder. Ketamine, also known on the streets as “Special K,” is a Schedule III drug and dissociative anesthetic that produces effects similar to that of PCP, and carries a moderate to low risk for addiction itself. But studies show that ketamine could help alcohol patients stay sober by boosting their mood and warding off symptoms of depression.

Why Use Ketamine to Treat Alcohol Dependence? 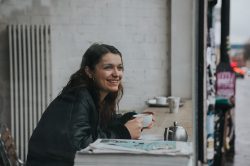 An estimated 15.1 million adults in the U.S. are diagnosed with alcohol use disorder, yet only 6.7% of this population are receiving treatment. During the 1980s, Russian scientists treated depression in alcohol addiction patients by giving each patient three weekly ketamine treatments along with psychological therapy. Roughly 66% of these patients were still sober one year later, while only 24% of the patients who did not receive ketamine were still sober one year later.

A more recent study shows that ketamine can significantly reduce depression in alcohol patients within two hours following a ketamine injection, which in turn, improves their mood to reduce the risk for a relapse. Another study shows that ketamine promotes the growth of new brain neurons essential to learning and memory that can help alcohol patients become more receptive to therapy.

The University of Exeter and University College London are now conducting new trials to determine the efficacy of using ketamine to treat alcohol dependence. Participants will receive ketamine treatments once per week for three weeks, along with seven sessions of cognitive-behavioral therapy. All patients will be monitored for up to six months following treatment to see if ketamine plays a vital role in curbing alcohol use and relapse rates.

Dangers and Risks Associated with Ketamine Use

When used in high doses, ketamine can cause loss of motor function, high blood pressure, and life-threatening respiratory problems. Some reports show that high doses of ketamine can also cause hallucinations, delirium, and amnesia. In the U.S., ketamine is commonly known as a “date rape drug” and is usually only used on animals in veterinary settings due to its dreamlike, paralytic effects.

Since ketamine comes with its own risks including tolerance, dependence, and addiction, this drug should only be used and taken while under medical supervision. Using ketamine in a controlled medical setting helps reduce the risk for respiratory depression, choking, and aspiration, which are common in those who use paralytic drugs. Avoid using ketamine outside of a clinical setting, since ketamine sold on the streets may be mixed with more potent, deadly substances like fentanyl that can instantly cause an overdose.

An alcohol detox center can conduct a medical detox, which allows you to withdraw from alcohol in a safe, controlled medical environment surrounded by licensed nurses and doctors. Withdrawing from alcohol can be dangerous and life-threatening for some — especially those who have struggled with alcohol addiction for many years, or who drink alcohol in high amounts. With a medical detox, you gain access to medications that can relieve your symptoms, and that reduce your cravings for alcohol so you can stay sober.

Following an alcohol detox, you can receive cognitive-behavioral therapy and other psychological therapies that teach you how to avoid triggers and stay sober. These therapies also help you manage and overcome co-occurring disorders like depression so you face a greater chance of staying sober for life.

If you need help fighting alcohol dependence, understand you’re not alone and that help is available and nearby. Call our 24/7 confidential helpline at 800-483-2193(Who Answers?) to receive a free insurance verification check, and to find nearby alcohol detox centers ready to help you achieve improved health and an addiction-free lifestyle.