Scientists have discovered that the non-psychoactive compound in marijuana, known as cannabidiol or CBD, may help reduce addictive behaviors and relapse rates in people who suffer from drug and alcohol addiction. This new finding is the latest among several other recent studies showing that CBD can have therapeutic effects when used to treat drug use disorders.

How Does CBD in Marijuana Prevent Relapse? 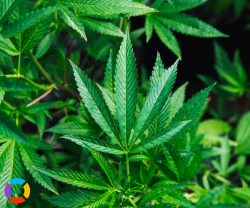 Researchers at Scripps Research Institute in California set out to test the effects of CBD on relapse rates in rats addicted to cocaine and alcohol. Every day for one week, scientists applied a topical CBD gel to the skin of rats and studied their reactions to stressful and anxiety-inducing events that would normally lead to relapse. The study results were published in the latest issue of Neuropsychopharmacology.

The scientists learned that CBD was effective at reducing relapse rates driven by stress and drug-use triggers, and at reducing anxiety and impulsive behaviors linked to addiction. Rats that were treated with CBD were still at lower risk for relapsing five months later after the experiment was complete — even though evidence showed CBD had been completely cleared from the rats’ brains and plasma three days following the experiment.

How does CBD work to lower addiction relapse rates? Just like with many other drugs and substances, CBD interacts with receptors in the brain and body to produce certain effects. Though research surrounding the therapeutic benefits of CBD remain both inconclusive and controversial, some evidence shows that CBD may bind to opioid and dopamine receptors to reduce drug cravings, withdrawal symptoms, and reward-seeking behavior tied to addiction.

Is it Safe to Treat Addiction Using Marijuana?

The two main ingredients in marijuana are CBD and THC — the latter of which is tetrahydrocannabinol, the psychoactive compound that causes the marijuana “high,” or euphoria. People who use CBD to manage drug cravings and impulsive urges can only experience the drug’s therapeutic benefits without getting high regardless of the amount consumed. When compared to other drugs used in addiction treatment like methadone that carry a high risk for abuse and dependence, CBD in marijuana is non-toxic, and won’t cause dependence or changes to blood pressure, heart rate, and body temperature.

But though many clinical trials have proven CBD effective at reducing anxiety and drug-seeking behavior, CBD remains illegal unless the compound is derived from imported hemp low in THC, and obtained in states where recreational and medical marijuana is legal. Also, though marijuana may be therapeutic in some instances, the drug remains a Schedule I drug on the federal level, and is found to carry the risk for psychological addiction.

What Other Treatments Can Reduce Addiction Relapse Rates?

Relapse rates for drug use disorders are between 40 and 60% — meaning around half of all people who are fighting to overcome addiction will relapse at some point. But addiction relapse is completely normal and expected, which is why many drug detox centers also offer therapies aimed at teaching patients skills for staying sober and avoiding relapse.

Medication-assisted treatment, or MAT, is a drug detox method that replaces the drug of abuse with prescription medications that relieve cravings and other withdrawal symptoms. MAT is most commonly used to treat opioid addiction, and is shown effective at reducing relapse rates among opioid addiction patients. Other therapies effective at reducing addiction relapse rates are 12-step support group therapy like Alcoholics Anonymous, cognitive-behavioral therapy, and group therapy.

If you or someone you love is struggling to stay sober after overcoming addiction, understand that relapse is normal and common, and that help is nearby. Call our 24/7 confidential helpline at 800-483-2193(Who Answers?) to speak with an addiction counselor about your treatment options, and to find nearby drug detox centers devoted to helping you achieve lifelong sobriety.