Now that medical marijuana is legal in Florida based on the 2016 election, companies with licenses to sell the drug are cropping up across the state. However, a number of communities are delaying the building of marijuana dispensaries in one way or another, hoping to keep them from opening their doors. This isn’t keeping them from selling the drug, though, as more and more medical marijuana companies are delivering to the homes of Florida residents.

Some of the largest Florida medical marijuana companies have said that somewhere between one third and one half of their customers are receiving the drug via delivery. As of March 1, 2018, there were only 28 dispensaries in the state, and this means only one currently exists per 3,000 users. As such, more and more companies are embracing the option of delivering the drug to their clients. If these clients have permission to use the substance from a doctor in order to treat a medical condition, the entire exchange is legal.

There are 83,500 Florida residents who are registered medical marijuana users, 1,194 cannabis doctors who are certified by the state, and 100 communities that are banning dispensaries across Florida. 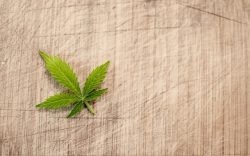 According to the National Institute on Drug Abuse, certain illnesses can be treated with marijuana, and in some states, the drug is legal to take as a medication. In others, it may be legal to use medically and recreationally. But part of the reason many people still resist the use of this drug for medical purposes is because it has yet to be approved by the FDA on a large, federal scale. Some of the reason for this is because there have not been enough clinical trials on the drug to suggest whether or not it is considered safe.

Just like many other drugs used to treat certain medical issues, however, marijuana can become dangerous. Opioids are considered to be safe as long as they are taken as prescribed, but these drugs are still addictive. In fact, anyone who takes them for more than 7 days at a time is much more likely to become addicted in the long run, even if they are using them exactly as prescribed.

Yes. Problem use with this drug does occur, as stated by the NIDA, although it is most likely to happen when someone has been

People who experience marijuana use disorders will go through withdrawal when they are not able to receive more of the drug, which can include irritability and sleep disturbances. It is also common for someone who uses marijuana often to be unable to stop smoking or otherwise using the drug on their own, even if they want to.

Do You Need Help for Marijuana Addiction?

Finding local detox and rehab centers that can help you put an end to your marijuana abuse is easy. Just call 800-483-2193(Who Answers?) to speak with a treatment advisor and begin your recovery today.