Meth Users Are Lacing Drugs with Insecticide to Practice Wasping

Methamphetamine users across the U.S. are starting to lace their drugs with insecticide to experience a more powerful high and effects including déjà vu and hallucinations. People are buying wasp killer spray from home and garden retailers, and spraying the substance on meth before inhaling or injecting the drug combination. The active chemical in wasp killer spray can produce dangerous effects in humans, including respiratory failure and death. 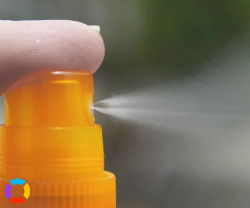 Wasping is the act of lacing drugs like meth with wasp killer spray and insecticides that contain pyrethroids — chemical compounds that penetrate an insect’s nervous system to cause paralysis and death. Meth users spray the liquid directly onto their drugs, or crystallize the bug spray on hot metal sheets before inhaling or injecting the solution.

In humans, pyrethroids interfere with nerve signaling to cause abnormal sensations including olfactory hallucinations and a rush more powerful than that caused by using meth alone. Pyrethroids are also found to overstimulate the sympathetic nervous system to cause extreme excitability, rapid heart rate, and breathing problems. Other side effects associated with pyrethroid use in humans include headaches, dizziness, and nausea that lasts for several hours, along with convulsions, twitching, and changes in awareness.

Pyrethroid abuse or exposure to high amounts of the drug increase the risk for reproductive issues and cancer, and may even result in respiratory failure, paralysis, and death. Wasping is said to be most dangerous when the insecticide is inhaled. This dangerous new drug trend is becoming prevalent throughout Ohio, but could soon spread to other parts of the U.S. as the trend becomes more popular.

Why Would People Want to Lace Meth with Insecticide?

Methamphetamine is a highly addictive stimulant that can cause physical dependence and psychological addiction. People who use meth regularly and in high amounts can become tolerant to the drug, which means they need higher doses to experience the drug’s effects. Lacing meth with insecticide is an alternate way to experience a greater “high” from the drug without having to purchase more meth — especially since insecticide may be lower in cost and easier to obtain.

People who become addicted to drugs like meth will often engage in dangerous practices like wasping despite knowing they might face negative consequences like death. Heavy or long-term drug use can change the brain in ways that make it difficult for people to stop using drugs on behalf of physical and psychological urges and cravings. Those who lace meth with insecticide are chasing after a more powerful high after becoming tolerant and dependent to their usual doses of meth, and often need professional help overcoming addiction.

How to Get Help for Meth Addiction

Meth addiction can be deadly and increases the risk for tooth loss, violent behavior, hallucinations, premature aging, and organ failure, among many other serious long-term health problems. Quitting meth abruptly without getting help at a drug detox center can cause a range of psychological withdrawal symptoms including depression, relapse, and suicidal ideation. But meth addiction can be safely treated using a meth drug detox and therapy.

If you or someone you love needs help recovering from meth addiction, call our 24/7 confidential helpline at 800-483-2193(Who Answers?) to speak with a drug abuse counselor about your treatment options. Detox.com will help you find the nearest drug detox center so you can safely recover from meth addiction and achieve a healthier, sober lifestyle.