A number of recent reports suggest that rates of opioid addiction and overdose deaths tend to be lower in states where medical marijuana is legalized. But a new study argues that medical marijuana users actually have higher rates of non-medical prescription drug use than their non-marijuana-using counterparts.

So does medical marijuana use increase or decrease prescription drug use? Here’s a closer look at what scientists learned in this latest study. 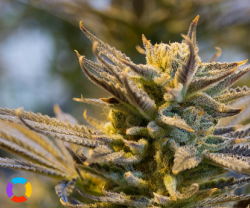 For the new study published in the latest issue of the Journal of Addiction Medicine, researchers examined over 57,000 responses to the 2015 National Survey on Drug Use and Health. Of that group, there were 776 people, or 1.4% who used medical marijuana. The survey data revealed that medical marijuana users are more than twice as likely to misuse prescription drugs including opioids, stimulants, and benzodiazepines.

Though marijuana is legalized in many states, the drug remains illegal on a federal level and is classified a Schedule I drug with no accepted medical use. A number of studies suggest that marijuana is a gateway drug that can lead to the use of other more addictive substances. Evidence also suggests that many people who are open to using marijuana may also be open to the idea of using prescription drugs and other substances for non-medical reasons.

Prescription drug addiction can be safely treated at a drug detox center using a medical detox or medication-assisted treatment. These detox treatments allow patients to overcome physical dependence on prescription drugs with a reduced risk for complications, and with less pain and discomfort.

Those who suffer from opioid addiction can replace the opioid of abuse with FDA-approved medications that reduce and eliminate withdrawal symptoms — a detox method known as medication-assisted treatment. For instance, a person addicted to oxycodone can replace this drug with methadone, and gradually come off oxycodone without experiencing drug cravings and other symptoms.

Addiction to drugs like ADHD medications and benzodiazepines is usually treated using a tapering schedule, which is where patients work closely with doctors to reduce their doses of these drugs gradually over time until they’re no longer using the medication. Tapering is usually part of a medical detox regime, which can be safely conducted at an inpatient or outpatient drug detox center.

If you or a loved one needs help fighting prescription drug abuse, call our 24/7 confidential helpline at 800-483-2193(Who Answers?) to discuss your treatment options with an addiction counselor. We’ll perform a free insurance verification check, and help you find the nearest drug detox center ready to help you achieve better health and long-term sobriety.