Teens who use marijuana at least twice per week are more likely to be diagnosed with bipolar disorder later in adulthood, according to new research. Bipolar disorder is a mental illness characterized by episodes of mood swings ranging from depressive lows, to manic highs — the latter of which is known as hypomania. This new finding further solidifies the link between drug abuse and a higher risk for mental health disorders including schizophrenia, depression, and bipolar disorder.

Marijuana Use in Teens May Cause Hypomania 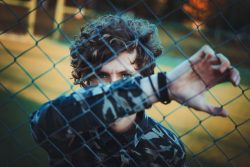 U.K. researchers examined data on hundreds of 17-year-old cannabis users to learn more about the link between teen marijuana use and hypomania. Scientists found that teen marijuana users who were diagnosed with bipolar disorder later on had initially developed hypomania symptoms between the ages of 22 and 23. Hypomania is a common symptom of bipolar disorder, and is characterized by feelings of high energy, reduced need for sleep, and elevated mood.

In conclusion, the study authors found that teens who used cannabis between two and three times per week were at higher risk for experiencing hypomania in early adulthood than counterparts who used marijuana less often, or not at all. Additionally, scientists found that teens who smoked higher doses of cannabis were more likely to suffer more heightened symptoms of hypomania. While further research is needed to establish the exact causal link between teen marijuana use and hypomania, the scientists say this finding could help prevent the onset of bipolar disorder later in adulthood.

How Does Drug Use Lead to Mental Illness?

Previous studies have shown that those who suffer from substance abuse are roughly 50% more likely to also suffer from a mental health disorder — a condition known as co-occurring disorders, or dual diagnosis. Marijuana and other illicit substances like cocaine, heroin, and methamphetamine can cause changes in brain structure that increase the risk for mental health disorders. Regular, repeated use of these drugs can also cause inflammation in the body — another risk factor linked to depression, anxiety, and other mood disorders.

In teenagers, drug abuse can interfere with brain development, and lead to lifelong problems with memory, concentration, and the ability to experience pleasure. But with therapy, many teens and young adults who struggle with co-occurring disorders can learn the skills needed to live healthy, fulfilling lives without relying on drugs like marijuana to relieve their symptoms.

Teens who suffer from marijuana use disorder, hypomania, and bipolar disorder can be safely and effectively treated at drug detox centers that offer both detox and therapy. Marijuana detox treatments can help teens overcome marijuana dependency, while therapy teaches teens the skills they need to avoid triggers and stay sober without relapsing back to marijuana use.

Since teens often face different challenges than adults when it comes to fighting addiction and mental illness, many drug detox centers offer programs that cater specifically to teens. Family counseling is often included as part of teen addiction treatment, and helps teens and their immediate families tighten bonds while learning how to cope with addiction together.

If you or your teenager is struggling with marijuana abuse and co-occurring disorders, understand there are many nearby treatment programs that can help. Call our 24/7 confidential helpline at 800-483-2193(Who Answers?) to speak with a caring drug abuse counselor who can discuss all your available treatment options.