Teens Who Use Alcohol and Marijuana Less Likely to Achieve Success as Adults, says Study

Experimenting with drugs and alcohol is a common part of adolescence, as data reveals that nearly 70 percent of U.S. high school students have tried alcohol, and 50 percent have tried illicit drugs like marijuana by the time they graduate. However, a new study shows that those who use alcohol and marijuana during their teen years are less likely to achieve major life goals as adults.

Here’s what new scientific evidence reveals about the link between substance abuse in teens, and a lowered disposition for achieving important goals later in life.

The Impact of Teen Drug Use, According to the Study 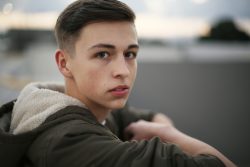 Regular drug use during adolescence can cause lasting changes to the brain.

The University of Connecticut study followed nearly 1,200 Americans from the age of 12 to as late as the age of 34. The majority of these individuals had close relatives that suffered from alcohol use disorder, based on data gathered from the National Institutes of Health. Additionally, many of these subjects were dependent on alcohol and/or marijuana during their teen years.

Analysts who led the study found that the majority of these individuals did not further their education following high school, never got married, and struggled with maintaining full-time employment. It was also found that young men struggled more with alcohol and marijuana dependence than their female counterparts.

While the study is ongoing, researchers say teens who abuse alcohol and marijuana are less likely to succeed as adults due to the way these substances affect the developing brain. Regular drug use and dependence during teen years can cause lasting changes to the brain that often cannot be reversed without intensive counseling and therapy.

How Drugs and Alcohol Affect the Teenage Brain

Past studies show that teens who abuse drugs and alcohol can suffer significant changes in brain structure, function, and cognition. With repeated use of alcohol and marijuana, the brain adapts to the presence of these drugs, and stops functioning normally on its own. This can lead to an imbalance of brain chemicals responsible for feelings of pleasure and happiness, and increases the risk for attention problems and mental health disorders like depression.

Repeated, consistent use of alcohol and marijuana also increases the risk for addiction. Teens who become addicted to these substances get caught up in behaviors that put their futures and overall livelihoods at risk. For instance, addiction can cause teens to neglect important responsibilities like their education and jobs as they prioritize obtaining and using drugs and alcohol above all else.

Teens who need help fighting alcohol and marijuana use disorder can go through detox to overcome dependency on these substances. Medical detox treatments are safe and effective, and often involve the use of medications that can relieve certain alcohol and marijuana withdrawal symptoms. Teens who go through medical detox at an inpatient rehab center receive 24/7 care from doctors, nurses, and counselors who monitor symptoms closely and who can step in to offer support when needed.

In addition to detox, teens often need therapies that focus on drug education, family relationships, and overcoming mental health disorders. Most drug detox centers offer cognitive-behavioral therapy, motivational enhancement therapy, and teen support groups — all of which teach teens the skills they need to get back on track with building successful lives for themselves.

If you’re a teenager who needs help overcoming alcohol and drug dependency, or a parent of a teen who needs help, call our 24/7 confidential hotline at 800-483-2193(Who Answers?). Our caring drug abuse counselors will help you find nearby teen addiction programs that offer detox, counseling, and other effective addiction treatments.