Every 49 minutes in the U.S., a person dies from an alcohol-impaired driving accident. Alcohol-impaired driving is entirely preventable, yet continues to kill about 10,000 Americans every year. In an effort to reduce the number of deaths caused by alcohol-impaired auto accidents, the National Academy of Sciences, Engineering, and Medicine released a report proposing that the nationwide drunk driving threshold be lowered from a blood-alcohol concentration of 0.08 to 0.05. 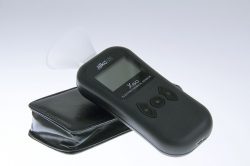 The NASEM study suggests the BAC should be lowered to 0.05 to reduce alcohol-impaired driving rates.

The NASEM study, which was funded by the National Highway Traffic Safety Administration, proposes a number of reforms in addition to lowering the drunk driving threshold. Study author Steven Teutsch says new reforms are needed because the number of alcohol-impaired driving deaths have been consistent in recent years — indicating that existing methods to prevent these deaths are no longer working. In addition to lowering the BAC limit, the NASEM report proposes funding anti-alcohol awareness campaigns, increasing taxes on alcohol, and restricting the days and hours during which alcohol can be purchased.

At present, there are 49 states in which the BAC threshold is 0.08. Utah is the only state with the BAC limit lowered to 0.05, which was only recently passed into law in December 2017. Researchers at the NASEM say there is a viable amount of evidence showing that reducing the BAC limit to 0.05 nationwide will have a positive impact on reducing the number of deaths caused by alcohol-impaired driving accidents.

Binge drinking and alcohol abuse almost always lead to intoxication, and increase your risk for drunk driving and alcohol-impaired auto accidents. One in every six U.S. adults binge drinks about four times per month, and consumes about eight drinks per binge.

The best ways to prevent binge drinking are to drink slowly and limit your intake, or abstain from drinking alcohol completely.

Other ways to prevent binge drinking:

Benefits of an Alcohol Detox Treatment

Binge drinking on a regular basis is dangerous, and can eventually turn into a habit that leads to problems with dependence and addiction. An alcohol detox helps you overcome physical dependence on alcohol so you no longer experience alcohol cravings and other withdrawal symptoms when you’re not drinking. Detox is the first stage of treatment for any substance use disorder, and helps you achieve improved physical and mental health after being dependent on alcohol.

Today’s alcohol detox treatments are safer than ever, and are usually overseen by experienced, licensed medical staff at a hospital or inpatient detox center. A medical detox from alcohol can lower your risk for insomnia, seizures, and heart complications, which are more common in people who have been drinking heavily for many years. You may even be prescribed medications that can reduce certain symptoms of alcohol withdrawal, along with medications that eliminate alcohol cravings.