When a person drinks alcohol for a long time they build a dependence on it. Alcohol is not illegal and it is available everywhere. Social events are centered around alcohol and people often spend their weekends at local bars drinking with their friends. Drinking is socially acceptable and a lot of people can drink alcohol without becoming dependent on it. According to NIH, “in 2012, 87.6 percent of people ages 18 or older reported that they drank alcohol at some point in their lifetime.” Those who do become dependent, however, risk experiencing dangerous alcohol detox symptoms.

When it does become a problem, alcohol becomes a crutch. Alcoholics will drink with others or they will drink alone and they often drink at inappropriate times like baby showers or church events. When they can’t drink alcohol their bodies will show symptoms of withdrawals that can be dangerous referred to as AWS or alcohol withdrawal syndrome. Here are some of the signs that might indicate that someone is suffering from AWS. 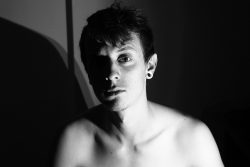 Alcohol withdrawal can cause hallucinations and extreme paranoia.

When alcohol is abused for a long time and then abruptly stopped or drastically reduced it can cause dangerous withdrawal symptoms that can range from mild anxiety to extreme mental psychosis. Someone suffering from AWS might be tense and anxious and sometimes are even paranoid.

AWS can cause hallucinations and make people believe they are seeing and hearing things that are not there. They might talk to themselves and fear that others are watching them or following them or fear that someone is trying to hurt them. They might seem nervous and confused and generally just unlike their normal selves.

It can cause nausea and vomiting and cause the extremities to feel numb or to ache. It can cause severe headaches and motion sickness or the inability to tolerate lights and sounds. Detoxing from alcohol on your own can make you very sick.

Studies show that when medication is given to the person having withdrawal symptoms as they detox from alcohol that it greatly helps to eliminate or greatly reduce the often painful and distressing side effects that occur.

Librium can be given during the first three days to help to stabilize the person while they detox and then after the initial stage of detox other benzodiazapenes can be administered for the longer lasting withdrawal symptoms. By taking the distressful withdrawal symptoms out of the picture, it allows the person in recovery to focus on other aspects of their treatment and be more involved in the decision making of their care.