Now that the U.S. is in the midst of an opioid epidemic, you don’t hear very much about cocaine on the news anymore. But cocaine is still a major presence in this country, and cocaine addiction is still a problem that needs attention. According to the 2014 National Survey on Drug Use and Health conducted by the Substance Abuse and Mental Health Services Administration, 1.5 million Americans used cocaine in the past month, with young adults age 18 to 25 being twice as likely to use it than adults 26 and older. It’s important to know the physical and behavioral signs of cocaine addiction, both to recognize if you or a loved one is a cocaine addict, and to be aware of the many dangers of continued cocaine abuse.

Cocaine is a Schedule II drug, which the Drug Enforcement Association defines as a dangerous substance with a high potential for abuse, and a high potential that use will lead to serious physical or psychological dependence. Cocaine does have limited medical uses, however, which is why it is Schedule II instead of Schedule I, like LSD and heroin.

Some doctors use cocaine as a local anesthetic for ear, eye, and throat surgery.

Other examples of Schedule II drugs that have legitimate medical uses and yet are also dangerous and potentially addictive are methamphetamine, oxycodone, and fentanyl.

The effects of cocaine begin almost immediately upon ingestion, and last anywhere between a few minutes to an hour. How intense these effects are and how long they last depend on how the drug is administered. Smoking or injecting cocaine produces a faster, more powerful high that lasts for a shorter amount of time—only five to ten minutes in comparison to the 15 to 30-minute-high you can get from snorting the drug. Women experience much more intense highs from cocaine, which makes them more vulnerable to cocaine addiction than men. This is due to estrogen, which activates the CB1R and mGluR5 receptors in the brain to create a greater feeling of euphoria and a greater chance of psychological addiction. These receptors do not function the same way in men, so even though men are twice as likely as women to use cocaine, any women who do use the drug are more likely to become addicted

Cocaine Addiction in the United States

When you take cocaine, your entire body speeds up. You talk and move faster. You think faster. Your heart beats faster. Your body temperature rises, and you don’t eat or sleep very much. You start off extremely happy and excited, but this effect quickly wears off, making you feel exhausted and unable to enjoy life for days afterward. This long-lasting post-high crash, combined with intense drug cravings, are what turns many casual cocaine users into cocaine addicts.

Snorting cocaine leads to a range of nasal symptoms, including a frequently runny nose, losing your sense of smell, frequent colds, and nosebleeds.

Cocaine revs up the central nervous system, leading to a speeding heartbeat and dangerously elevated blood pressure. Many cocaine fatalities are due to heart attacks and stroke.

Shaky hands, jerky movements, and uncontrollable twitches can be caused by cocaine.

4. Changes in sex drive and function

Early on in a cocaine addiction, getting high can produce sexual arousal, but chronic use of cocaine can lead to an inability to perform sexually.

Cocaine can produce a hypersensitivity to touch, sight, and sound that can be very pleasurable during the euphoric phase of a cocaine high, but can become uncomfortable as the user starts to come down.

Cocaine gives users extra energy which fills them with confidence at first, but as the high continues, they tend to get restless, anxious, irritable, and paranoid. They often suffer from insomnia, unable to turn off their racing thoughts and go to sleep. When they finally do crash and sleep, they may sleep for a very long time.

Cocaine addiction can be deadly; get the help you need today!

Anyone can experience a random surge of joy from time to time, but the euphoria produced by cocaine creates an extreme level of happiness that doesn’t feel natural or look natural from the outside.

The rapid ups and downs of a cocaine high combined with the many mental and physical changes experienced by a cocaine addict will result in a wide range of shifting moods and unpredictable behavior. Cocaine addicts may cycle through aggressiveness, paranoia, euphoria, depression, hostility, and anxiety, with no obvious reason why.

Cocaine suppresses the appetite in most people, and long-term cocaine addiction can cause bowel decay. Sudden and unhealthy weight loss is common among cocaine addicts. On the other hand, some people may gain weight from overeating during the post-high energy crash.

4. Withdrawing from family and friends

Cocaine addicts may try to isolate themselves from their family and friends, spending a lot of time alone, or with a new social group.

Cocaine addicts, especially if they are on a cocaine binge, may go too long without bathing, combing their hair, changing their clothes, or brushing their teeth. Hygiene and grooming are neglected as their preoccupation with cocaine takes over.

6. Poor performance at school or work

Although people high on cocaine may initially feel clearer and more focused, brain fog, confusion, and fatigue usually follow. With unusual sleep patterns and plenty of mood swings, cocaine addicts will sooner or later fail to consistently keep up with their responsibilities at school or work.

Keeping up with a cocaine habit can be expensive, especially if someone is also having problems at work. Cocaine addicts may frequently ask friends and family for money, using a variety of excuses to explain why they need it, or even steal money or valuable items to sell. 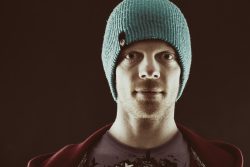 Know the signs of cocaine use so you can help your loved one get treatment!

Sooner or later, Cocaine addicts will suffer in all areas of their lives, and will hurt the people who love them the most. No one wants to become addicted, but once addicted, a cocaine addict is ruled by their cravings for and dependence on drugs. As tolerance increases and larger and larger doses are needed to feel the drug’s effects, a cocaine addict can easily overdose and die. A person can even overdose on cocaine the first time they use it due to an unexpected reaction.

Overdose risk increases when cocaine is combined with alcohol or other drugs, which also makes both substances more addictive. In recent years, many drug dealers have started cutting their cocaine with the powerful synthetic opiate fentanyl. Fentanyl is very cheap and so concentrated that a large shipment can be sent in an envelope by mail. This makes it a cost-effective way for dealers to make a weak or impure product stronger and more addictive without their customers knowing. Because it can be difficult to gauge dosage with fentanyl and drugs like it, and because the fentanyl may not be evenly distributed through the cocaine, you could do one line of coke and be fine, then do another from the same batch the next day and ingest a fatal amount of fentanyl.

What treatments are available for cocaine addiction?

While the physical withdrawal symptoms experienced during a cocaine detox are not especially intense (unless the cocaine has been regularly combined with alcohol), the psychological symptoms are. For this reason, cocaine addicts should seriously consider an inpatient detox with medical and psychological supervision to see them safely through the withdrawal process.

Depression, anxiety, paranoia, aggression, and even psychosis can surface during a cocaine detox, and the cravings for the drug are incredibly intense. Attempting to detox at home alone, will make it far too easy to relapse before you’ve really given your recovery a chance. Furthermore, relapsing after detox increases your chance of suffering a fatal overdose, because your body is no longer accustomed to having so much cocaine in your system.

Although there are no FDA approved medications for cocaine detox, antidepressants can be helpful, and some facilities will use a medication like disulfiram to minimize withdrawal symptoms. Patients experiencing hallucinations, extreme paranoia, or other breaks with reality may be given antipsychotics to ensure their safety and the safety of those around them. It is important for a cocaine addict to be closely monitored throughout detox in case any of these serious and dangerous symptoms occur.

If you or someone you love is in need of cocaine detox, call now to discuss your options with a caring treatment specialist.

Once the acute phase of detox is over, the person in recovery should focus on attending counseling. This may be as part of a continued inpatient stay after detox, or as part of an outpatient program. A variety of types of therapy are advisable. Individual counseling can help diagnose any co-occurring mental health disorders you may have and help you work through past trauma and set future goals. Family counseling, which can be with blood relatives or anyone who is close to you, can help improve your home life, teach communication skills, and heal hurt relationships. Group counseling creates a sense of community that fosters self-acceptance, while allowing patients to learn from each other’s experiences under a counselor’s guidance. Behavioral therapy is also quite valuable, allowing you to identify emotional triggers and teaching you new ways of responding.

It is also important to work on practical life changes to support long-term addiction recovery. For example, someone without a steady income could greatly benefit from vocational training or career counseling. Some treatment programs even offer these services, as well as job placement. After discharge from treatment, aftercare programs such as alumni events, continued counseling, and community based peer support groups like Cocaine Anonymous are key tools for staying drug free.

Therapeutic communities or sober living homes are a proven effective way to safely transition from a treatment program to independent living. These drug-free residences usually offer counseling services, as well as practical supportive services such as legal help, life skills and vocational training, job placement and housing assistance. The goal is to help the resident maintain sobriety and grow in recovery, while also working on various issues to make sure that they can successfully reintegrate into their community after six months to a year.

Finding the Right Cocaine Addiction Treatment for You

If you or someone you love is a cocaine addict, you can find hope in quality addiction treatment. There are good treatment options for you no matter who you are, where you live, or what your financial situation may be. Addiction treatment is covered by insurance, and the staff at treatment facilities will advocate for you, to get you as much coverage as possible. There are even options for people without insurance.

Relieve any doubts you may have and clear up any confusion by asking the expert treatment advisors at Detox.com for help. You can chat with an advisor online, send an email, or call the 24-hour hotline 800-483-2193(Who Answers?). We are always here, ready to help you change your life.