Kratom is an unregulated plant substance that was recently declared an opioid by the FDA. Many recovering opiate addicts swear that kratom can treat their opiate addiction by relieving withdrawal symptoms and helping them experience a more comfortable recovery. However, using kratom for opiate withdrawal comes with many risks — including the risk for continued drug dependence since kratom is also an addictive substance. What is kratom, and can this drug really help you safely overcome opiate addiction? Here’s what you need to know about the risks of kratom effects, and why you may want to reconsider using kratom for opiate withdrawal.

Kratom comes from the leaves of a plant native to Southeast Asia called the mitragyna speciosa — a tropical evergreen that belongs to the coffee family. Kratom functions as both a stimulant and sedative depending on the dosage amount used. Many people in this part of the world have used kratom for centuries to boost work efficiency and help them wind down at the end of the day. Some even chew kratom leaves to benefit from the plant’s stimulating effects of increased sociability, talkativeness, and alertness. Kratom is commonly used in Thailand to treat morphine dependence and in Malaya as an opium substitute.

Americans can buy their own kratom seeds and oils from the Internet and at local head shops, though the plant mainly originates from Thailand, Malaysia, Indonesia, and Papua New Guinea. Kratom leaves are usually brewed as tea, but are also crushed into powder and mixed and consumed with water. In the U.S., kratom is found in many herbal and dietary supplements due to the way the stimulating effects of this drug are said to drive weight loss. Kratom is even touted by some manufacturers as an effective treatment for anxiety, depression, and opiate addiction. However, no scientific evidence exists to prove that kratom is safe or effective when used to treat any of these health conditions. 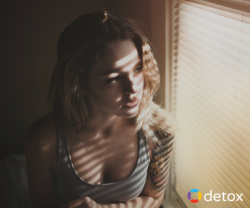 Kratom produces a range of different effects depending on the dosage being used. When used in low to moderate amounts of between one and five grams, kratom works as a stimulant and produces effects including increased energy, alertness, motivation, sociability, talkativeness, and elevation in mood. The stimulating effects of kratom are similar to those produced by cocaine and amphetamines like meth and Adderall.

When used in high amounts of between five and 15 grams, kratom works as a sedative and produces effects including decreased feelings of physical and emotional pain, a sense of calm, and euphoria. The sedative effects of kratom are similar to those produced by heroin, painkillers, and benzodiazepines.

How Kratom Interacts with the Brain

Kratom effects begin within five to 10 minutes after ingestion and typically last for between two and five hours. People who use low to moderate amounts of kratom describe feeling happy, strong, and active, and report that their minds feel calm after using the substance. However, long-term kratom use can produce a range of adverse psychological side effects including hallucinations, delusion, and confusion, as well as social issues. Kratom addiction is also a side effect of long-term kratom use, and can increase one’s risk for co-occurring mental health disorders such as schizophrenia, bipolar disorder, and depression.

Kratom is said to relieve opiate withdrawal symptoms like nausea and drug cravings that can be painful, uncomfortable, and severe in those heavily dependent on opiates. Some evidence suggests that the mitragynine compound in kratom works on opiate receptors without causing respiratory depression. However, using kratom for opiate withdrawal can produce unpredictable health effects since this substance is unregulated and may be mixed with other dangerous substances.

When used to treat opiate addiction, kratom replaces the drug of abuse just like methadone or buprenorphine to relieve withdrawal symptoms. Methadone, buprenorphine, and naltrexone are all FDA-approved medications and evidence-based treatments commonly used to treat opiate dependence. But some formulas of kratom contain other ingredients that increase the risk for serious health problems including death.

Unlike with prescription drugs regulated by the FDA, the quantity and quality of active ingredients like kratom in dietary supplements can change at any time since these products are unregulated. Concentrations of 7-hydroxymitragynine — the compound in kratom that produces opiate-like effects — are found to be significantly higher in kratom products sold in the U.S. In the U.S., kratom is available in many formulations including powder, tablets, capsules, and highly concentrated extracts.

Given today’s many safe, available, and proven treatments for opiate addiction, why would anyone use kratom? Some use kratom so they can avoid facing the stigma related to addiction, or so they can recover at home without getting involved with law enforcement or having to pay for addiction treatment. However, kratom use is risky, and won’t treat addiction physically or mentally.

The risks associated with kratom use far outweigh any potential benefits, especially when the drug is used to treat opiate addiction. Kratom is defined as a Schedule I drug with no accepted medical use and a high potential for abuse. During the first half of 2016, U.S. law enforcement seized more kratom than any previous year on record — most of which was intended for the recreational drug market.

Between 2010 and 2015, the number of calls made to U.S. poison control centers surrounding kratom exposure increased 10-fold for a total of 660 calls. Between 2014 and 2016, there were 15 deaths in the U.S. related to kratom use. The FDA reports that kratom use poses serious adverse health risks on behalf of inconsistencies surrounding its identity, purity, and quantity in various products.

Risks commonly associated with kratom effects and use:

Evidence reveals that the onset of liver injury can occur within two to eight weeks in those who use kratom tablets and powder regularly. Symptoms associated with liver injury include nausea, fatigue, severe itching, and darkly colored urine. Kratom use can even worsen depression, and cause death when used with other opiates such as morphine and hydrocodone. Polydrug abuse involving kratom and other substances is shown to worsen the hazards, side effects, and risk factors linked to each substance, and increases the risk for dependence, addiction, and overdose.

Those who stop using kratom abruptly after long-term and/or heavy use or after using the drug to treat opiate addiction may experience physical and psychological withdrawal symptoms. Symptoms may vary depending on the formulation of kratom being used, and on whether kratom is being used with other substances.

If you or a loved one is dependent on kratom or is using kratom for opiate withdrawal, understand that professional detox treatment can help you safely overcome dependence on both kratom and opiates. Using kratom to overcome opiate addiction may worsen your existing health and lead to further complications surrounding your drug use disorder.

Risks of Not Seeking Professional Treatment

Using kratom for opiate withdrawal may seem like an easy, low-cost way to overcome opiate dependence, but this substance won’t help you overcome your drug use disorder in full. Trying to fight opiate addiction on your own using kratom and other at-home detox treatments can put you at risk for serious complications caused by withdrawal, along with the risk for relapse and overdose.

People who suffer from drug use disorders like opiate addiction experience relapse rates of between 40 and 60%, which are often higher among those who don’t get help in the form of professional addiction treatment. Those who try quitting opiates on their own at home may relapse just to avoid painful, uncomfortable withdrawal symptoms like nausea, muscle aches, and drug cravings. Relapse can also happen to those who remain in environments where opiate use is prevalent, and to those who spend lots of time around people who support drug use.

After quitting opiates, your body’s tolerance for opiates will gradually decrease with every passing day you remain sober. This means that if you resume opiate use, your body will no longer be able to handle the same high doses you were using before quitting. Relapsing increases your risk for a deadly opiate overdose, which is characterized by symptoms of stopped breathing, blue skin, and loss of consciousness. Every day in the U.S., more than 115 people die from an opiate overdose.

Opiate addiction can be safely and effectively treated in full using an opiate detox and drug rehab services. Opiate detox helps you overcome physical dependence on opiates, while drug rehab services use a range of therapies that help you overcome psychological addiction. Many opiate addiction treatment services are offered in inpatient and outpatient programs that can be tailored to the medical and healthcare needs of you or your loved one.

Medication maintenance, also known as medication-assisted treatment or MAT, is one of the most widely used methods for treating opiate dependence. Medication maintenance allows you to substitute the drug of abuse with methadone or buprenorphine — both of which reduce or eliminate opiate withdrawal symptoms so you can experience a more comfortable recovery. Sometimes naltrexone may be used to block the sedative and euphoric effects of other opiates.

Medication maintenance can take place within the course of weeks or months, depending on factors surrounding your personal recovery from opiate addiction. After your doses become stabilized and you stop experiencing withdrawal symptoms, your doctor will reduce your doses gradually over time until you’re no longer using the medication. The benefits of professional opiate detox include a safe, comfortable withdrawal, and close monitoring by your medical team to ensure you experience few, if any complications.

An opiate detox is usually followed by drug rehab services and therapies that teach you how to successfully navigate the world as a sober individual and repair your life after overcoming addiction. Cognitive behavioral therapy, 12-step support groups, and dual diagnosis treatment are all examples of therapies that help you overcome the root causes of addiction, and that teach you skills for staying healthy and sober.

Use our drug detox center directory to explore nearby opiate detox centers, or call our 24/7 confidential helpline at 800-483-2193(Who Answers?) to discuss all your treatment options with an experienced drug abuse counselor. Detox.com will perform a free insurance verification check and connect you with a treatment center devoted to helping you achieve lifelong sobriety.