Kratom Use in the U.S. on the Rise, FDA Warns of Addiction and Death

The FDA recently released a public health statement warning Americans about the dangers surrounding kratom use. Kratom, which is normally marketed as an herbal supplement in the U.S., has been linked to a growing number of poison control cases and deaths in recent years.

Kratom manufacturers promote the drug as an effective treatment for anxiety, depression, and opioid addiction. However, kratom is not regulated by the FDA, and has been found to carry a high risk for abuse, dependence, and death.

Here’s more about the FDA’s recent kratom warning, and what you need to know about this potentially dangerous substance.

What is Kratom, and How Does it Work? 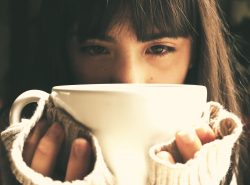 Kratom is often consumed as a tea and is said to cause sedative effects when used in large doses.

Kratom is a tropical plant native to parts of Southeast Asia. The substance is usually available in tea and powder form, and is generally marketed to relieve severe pain. In low doses, kratom has been found to produce mild stimulant effects, but when used in larger doses, kratom produces sedative effects similar to that of opioids.

Kratom is said to reduce pain by binding to opioid receptors in the brain in the same manner as heroin and painkillers, but without causing respiratory depression. For this reason, some Americans are replacing opioid use with kratom use to experience euphoria without facing added health risks. However, kratom has no FDA-approved therapeutic uses at this time, and is shown to produce dangerous side effects.

Rising Kratom Use and Deaths in the U.S.

According to the FDA’s recent press announcement, the number of calls made to poison-control centers regarding kratom poisoning has increased 10-fold from 2010 to 2015. Kratom has been linked to 36 U.S. deaths, and serious side effects including seizures, liver damage, and drug withdrawal symptoms. The FDA also has several reports of kratom being mixed with opioids including oxycodone and hydrocodone.

In September 2016, the DEA attempted to ban kratom and name the drug a Schedule I substance alongside heroin and LSD. But Congress denied this request after the public argued that more research must be done to confirm whether or not kratom can truly offer any therapeutic benefits. In the meantime, the FDA is warning Americans of the possible dangers of kratom use, and has started seizing international kratom supplies to prevent future shipments of this drug from making its way into the U.S.

Kratom is typically available in tea, powder, and capsule form, and is marketed as an herbal supplement at many gas stations and convenience stores across the U.S. Kratom can even be purchased from overseas on the Internet just like fentanyl and many other illicit substances. At present, kratom is legal under federal law, but has been banned in states including Wisconsin, Alabama, and Tennessee.

Treatment for Kratom Dependence and Addiction

Regular, chronic use of kratom can lead to physical dependence and psychological addiction. Those who become dependent on kratom will experience a set of withdrawal symptoms similar to those produced by opioids upon quitting or reducing use. Insomnia, muscle and bone aches, and aggression are common withdrawal symptoms associated with kratom.

Kratom dependence and addiction can be effectively treated using a medical detox at a drug detox center. A medical detox involves the use of medications that reduce and relieve certain kratom withdrawal symptoms. This helps patients overcome kratom dependence with a lower risk for discomfort, drug cravings, and relapse.

Medical detox for kratom is safest when conducted in an inpatient medical setting, where patients can be monitored by doctors and nurses around the clock to reduce the risk for complications. Following kratom detox, patients can recover from psychological kratom addiction using therapies such as counseling, cognitive-behavioral therapy, and support groups.

If you or someone you love is dependent on kratom, understand that getting help now can greatly reduce the risk for kratom poisoning, overdose, and death. Call our 24/7 confidential helpline at 800-483-2193(Who Answers?) to speak with an experienced drug abuse counselor who can help you or your loved one find a nearby kratom detox center.