The Leading Contributor to Meth Addiction May Surprise You

Methamphetamine is used by roughly 1.2 million Americans every year, or 0.4% of the U.S. population. Meth is one of the most physically addictive drugs available on the streets, and is becoming more dangerous and deadly by the day. Though meth use has been associated with a long list of serious long-term side effects, including premature aging, tooth loss, and organ failure, the key factor driving meth use and addiction rates might surprise you.

Here’s a close look at why Americans are turning to meth, and at what you can do if you or your loved one needs help fighting meth addiction.

U.S. treatment admissions for meth addiction decreased by 8.1% in 2005 to 5.6% in 2011. But meth addiction rates are on the rise again due to several factors that are making it easy for Americans to obtain this dangerous illicit stimulant. Low cost, availability, and strong potency levels are all driving factors behind surging meth addiction rates in the U.S.

Meth is more affordable today than in recent years past, and is often lower in cost than other widely used illicit substances like cocaine and heroin. Law enforcement in U.S. cities where meth use is a problem say that local meth used to cost roughly $100 per gram, but now costs only $65 per gram. In countries like Asia, meth has been found to be lower in cost than a Whopper value meal at Burger King, which usually costs about $5.

Meth is often cheapest in regions that produce the drug in large quantities.

The number of meth labs in the U.S. increased by over 300% from 2010 to 2011 — the majority of which are located in Midwest states including Missouri, Indiana, and western Tennessee.

Meth is also lowest in cost in states near the Southwest border like New Mexico, where meth is regularly smuggled into the country by the Mexican drug cartel. New Mexico state police reported seizing nearly 150 pounds of meth in 2013 — a number that rose more than 80% in 2014 to 850 pounds. Officials are also saying meth could be gradually declining in price since the drug is often easier to transport than marijuana.

Now that meth has become more affordable across the U.S., many users of cocaine, heroin, and painkillers are turning to this drug to fuel and support their addiction. Those who can no longer afford cocaine and opioids often switch to using meth, which is only a fraction of the cost of most other street drugs. Since addiction causes lasting changes to the brain that affect one’s behavior and motivation, a person who struggles with addiction will often resort to choosing the most affordable option — regardless of whether those drugs can have deadly consequences like meth.

Meth in the U.S. is becoming more widely available since nearly anyone can make this drug on their own at home using common household ingredients found at most drugstores. According to law enforcement teams involved in meth lab busts, a person can make a batch of meth in under 15 minutes using a plastic bottle and ingredients including cold medicine, engine starter fluid, cold packs, lithium batteries, and water.

The U.S. and Mexico combined make up the largest percentage of worldwide seizures of meth, according to the 2013 World Drug Report published by the U.N. Meth seizures increased worldwide by 73% from 2010 to 2011 — with 61% of all seizures occurring in the U.S. and Mexico. Nearly any American who wants to buy meth can often head to the streets and easily find a dealer who is selling.

Today’s meth tends to be higher in purity and potency than meth of previous years. This is because dealers in high-traffic meth areas will often depend on purity to attract a higher customer base, and to beat out local competition. Reports show that the purity of meth in the U.S. has skyrocketed in recent years even though the cost of one gram of pure meth has decreased from about $290 per gram to less than $90 per gram.

Americans who struggle with heroin use disorders say they will often turn to meth to experience a longer, more intense high than that produced by heroin. Though many heroin users may appreciate the purity of meth and its longer high, these individuals are still at risk for being sold meth laced with dangerous, deadly chemicals and substances.

The Dangers of Buying Street Drugs

As the U.S. continues battling its ongoing opioid crisis, American streets are being flooded with a new, deadly opioid called fentanyl, which is up to 100 times stronger than morphine and up to 50 times stronger than heroin. The majority of street fentanyl, also known as synthetic fentanyl or fentanyl analogues, is produced in China and usually significantly lower in cost than meth. Regular meth users are now at risk for buying meth laced with fentanyl, including long-term meth users who have been buying pure meth from the same dealers for years.

A growing number of dealers who sell meth, cocaine, and heroin are mixing and cutting their supplies with fentanyl to save money and to offer their customers a more powerful high. Unfortunately, fentanyl is extremely deadly and has caused thousands of drug overdoses nationwide, with over 20,000 deaths reported in 2016 alone. In many states, coroners lack the resources to determine the true cause of drug overdoses, and whether victims have unknowingly used meth mixed with fentanyl.

Meth is a Schedule II drug defined as dangerous and offering a high risk for dependence and addiction. Since meth is an unregulated illicit substance that can only be purchased from the streets, those who buy meth face the risk of using batches that are impure, or mixed with more powerful, deadly drugs like fentanyl. Some meth cooks will even stray from their standard meth formulas, and improvise using other deadly ingredients such as paint thinner and drain cleaner. 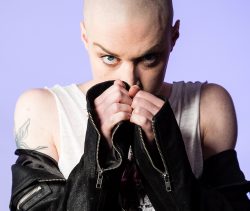 Cocaine and heroin addicts often resort to meth because it’s cheaper and easier to obtain.

Meth is a stimulant that produces effects similar to that of cocaine, but on a magnified level that results in a longer-lasting high. Meth stimulates the central nervous system to produce euphoria, increased wakefulness, and intense alertness. Is meth physically addictive? The answer is yes, which is one of the many reasons this drug is so dangerous.

In addition to stimulating central nervous system function, meth stimulates the brain’s production of dopamine — a brain chemical involved in pleasure, reward, and motivation. With regular meth use, the brain eventually stops producing dopamine naturally on its own, and comes to rely on meth for feelings of happiness, euphoria, and reward. This response is what sets the stage for addiction beginning with tolerance, and followed by physical dependence.

High Chance for Overdose on Meth

Meth overdose can be fatal; get the help you need today!

Anyone who uses meth is at high risk for an overdose since these drugs can contain any combination or amount of deadly chemicals not intended for human consumption. Even those who have been using meth for a long time and who have high tolerance levels can suffer a meth overdose after using a bad batch. A toxic reaction to meth can lead to overdose, coma, or death, or serious health conditions that can lead to fatality such as stroke, heart attack, and organ failure.

A person who suffers a meth overdose is normally treated with procedures intended to restore blood flow to the brain and heart, and that reverse organ failure and related problems. Other serious health problems that stem from meth toxicity and overdose include memory loss, decreased brain function, and Parkinson’s disease. Fortunately, meth dependence and addiction can be safely and effectively treated at an addiction treatment center or meth detox center.

Recovering from meth addiction can be challenging and draining from both a physical and psychological standpoint. Just like with most other stimulant drugs, meth withdrawal symptoms tend to be more psychological in nature than physical. A person who chooses to recover from meth addiction may look for the fastest way to detox meth so they can avoid any pain and discomfort caused by withdrawal.

Meth addiction is commonly treated using a medical detox or medically assisted detox, along with therapy that addresses psychological symptoms and root causes of addiction.

A medical detox is often conducted in an inpatient or hospital setting, and allows patients to withdraw from meth surrounded by experienced nurses and doctors. A medical detox helps minimize complications that may occur during withdrawal, and often involves the use of medications that relieve certain symptoms. For instance, since psychosis is a common meth withdrawal symptom, patients may be prescribed benzodiazepines or antipsychotics for sedation, and to prevent them from acting in ways that are harmful to themselves and others.

If you or someone you love is looking for a medical meth detox, call now to discuss your options with a caring treatment specialist.

Since the majority of meth withdrawal symptoms are psychological, patients can benefit greatly from receiving behavioral therapies that teach them how to cope with and manage their symptoms. Though psychological side effects of meth use are often reversible, some studies have shown that symptoms such as paranoia or hallucinations may remain for up to several years or indefinitely.

Common behavioral therapies used to treat meth use disorder include cognitive-behavioral therapy, motivational incentives, and group therapy. CBT helps patients identify, cope with, and avoid situations that could potentially lead to meth use, while motivational incentives use vouchers and other rewards to motivate patients to stay drug-free. Group therapy allows meth patients to talk openly about their symptoms and recovery with other patients who are also recovering from meth addiction.

If you or someone you love needs help fighting meth addiction, understand there are many nearby treatment centers ready to aid you in your fight. Call our 24/7 confidential helpline at 800-483-2193(Who Answers?) to speak with a caring drug abuse counselor about all your treatment options, and to get started on the path to a healthier, more fulfilling addiction-free lifestyle. It is never too late to get treatment. Find the coverage you need today.