Study: Chronic Cocaine Use Can Literally Change the Brain

Change can be good.

But the change researchers discovered in the brains of chronic cocaine users? Well, let’s just say it wasn’t good.

Sam is different than he was a year ago. He used to be sharper. He used to perform better on tests. And if you could take a peek inside his brain, you’d see why.

Sam’s brain structure has literally changed. After a year of regular cocaine use, his brain has been altered. And those alterations have changed Sam.

Sam, the Scientists, and the Chronic Cocaine Use Study 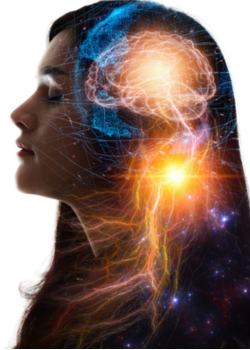 Researchers had lingering questions from older cocaine-related studies. They’d already noted the brain changes in people who used cocaine, but they couldn’t say for sure if those changes were due to pre-existing factors or the cocaine itself. And it wasn’t clear if those changes could be reversed by stopping cocaine.

So researchers set up another study with the intention of answering all those unanswered questions. The subjects of this study were rhesus monkeys, which are the most common primates used in biomedical research. Their DNA is very similar to humans. In fact, rhesus monkeys were used in the 1950s to help develop the polio vaccine.

For this study, researchers trained the monkeys to perform tasks that tested cognitive functions. They also took scans of the monkeys’ brains.

Then, they split the monkeys up into two groups. The first was a control group. The second group – the experimental group – self-administered cocaine four days per week for one year.

The monkeys who used cocaine experienced changes that perfectly aligned with the previous studies on humans.

During that one-year period, researchers tested the monkeys’ cognitive performance weekly. They also took new brain scans at the end of the year. Once the cocaine use stopped, the scientists continued to test the monkeys.

The scientists took one more brain scan after the monkeys stopped using cocaine for a period of two years.

Now we know for sure that cocaine use does lead to changes in the brain. Specifically, the drug affects the brain’s gray matter volume and density.

The scans of the experimental group’s brains revealed decreases in gray matter. Their performance on the tests, which involved memory and cognition, went down, too.

And even after the two years of abstinence, the monkeys’ brains still showed structural changes.

Eye-Opening Results on Chronic Cocaine Use

Based on these results, scientists reported:

So, what do these results mean for humans? Based on this study, researchers made several observations:

The researchers noted that the cocaine-induced changes were linked with impaired cognitive performance.

Chronic cocaine use causes specific changes in brain structure that influence cognitive performance and can persist even after prolonged abstinence. 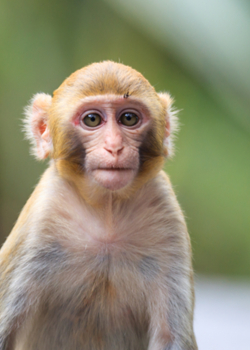 Researchers are now diving deeper to further analyze the changes in the monkeys’ brains. And they’re asking key questions: What mechanisms are driving the changes? Are the changes a factor in relapse?

They noticed  some of the changes occurred specifically in parts of the brain that are involved in inhibition and addiction.

The hope is to find answers that could help us better understand how to prevent fatal overdose cases and provide the very best in cocaine addiction treatment.

Call 800-483-2193(Who Answers?) today to speak with a specialist who can talk with you about treatment options.