Cocaine is one of the most addictive substances abused in the United States today. An estimated 913,000 Americans are addicted to cocaine, and in 2015, 6,784 people died of cocaine-related overdoses. Surprisingly, this recent increase in overdose fatalities can be linked to the growing opioid epidemic; studies show that while cocaine-only overdoses have decreased, cocaine and opioid combination overdoses have increased. Some of these combination overdoses are due to deliberate polydrug use, while some are the result of drug dealers mixing cocaine with other substances, such as fentanyl, and selling the mix to unknowing users. Wanting to avoid a fatal overdose should be a pretty large motivation for quitting cocaine, but if you regularly use this highly addictive illegal drug, you will likely need a wider variety of incentives to seek cocaine recovery and stick with it. Some of the most inspiring reasons to seek professional treatment for cocaine addiction are all the amazing, life-changing benefits you’ll enjoy as a result of that choice.

1. Reduce Your Risk of HIV

Cocaine users have an increased risk of contracting HIV for several reasons. The high produced by the drug can encourage risky sexual behavior, and regular drug use impairs judgement and decision making, which can also lead to risky behavior. Intravenous cocaine users further increase their risk of contracting HIV due to potential needle sharing. What makes any increased risk of HIV even more concerning is that cocaine users tend to have an advanced disease progression—essentially, if they contract HIV, they get sicker faster, and have a higher chance of dying from the disease. Cocaine encourages the HIV virus to replicate, increasing the effects on the body, brain, and nervous system. The effects on the brain and spinal cord can also speed up the development of NeuroAIDS, which can cause vision impairment, movement problems, and memory loss.

Studies show that cocaine use has a definite negative impact on the immune system, leading to frequent illness and a body that is not able to adequately heal from disease or injury. The experience of a compromised immune system combined with the other negative side effects of cocaine use can leave anyone addicted to the drug feeling quite terrible, pretty much all of the time. Quitting cocaine will help your body regain its ability to protect itself against germs and to repair itself in the event of an accident or injury, allowing you to experience an overall sense of wellbeing and health that you haven’t known for a very long time.

Call Detox.com now to find cocaine detox centers near you!

Chronic drug use of all kinds can lead to depression, anxiety, and other mood disorders, but cocaine is particularly problematic in this regard. In the short term, coming down off cocaine can cause anxiety, paranoia, and extremely low mood and energy. The long term effects of cocaine include these same negative emotional states, but in more persistent forms that cannot always be relieved by using more of the drug. A tolerance builds up in the brain and body, causing users to take dangerously higher doses in hopes of feeling the euphoric effects they are no longer able to experience due to their depleted and damaged brain chemistry. In cocaine recovery, you will give your brain the opportunity to restore a natural balance of neurotransmitters, so that given enough time, you will be able to feel good mentally without the help of drugs.

4. Be A Likeable Person

Addiction changes people, whether you like it or not. Cocaine use often leads to antisocial and offensive behavior, so much so that those addicted to the drug often feel like they no longer know themselves at all. In addition to causing mood disorders like those listed above, using cocaine can induce psychosis, delusions, aggression, and hostility. When combined with paranoia, these effects often result in acts of uncontrollable violence that people regret for the rest of their lives. Quitting cocaine before it’s too late will allow you to avoid committing assault, homicide, or suicide, regain control of your behavior, and return to being a person that you and the people you care about can like again.

Research indicates that cocaine damages cognitive function in a number of ways, making you less able to control your impulses and make decisions, limiting your concentration and focus, impairing your memory and capacity to learn, and even reducing your ability to move and function physically. Long term cocaine use can cause movement disorders like Parkinson’s Disease. Cocaine use can also increase your risk of stroke, which can cause brain damage that may be permanent. Quitting cocaine will spare you these severe consequences and the detrimental effect that they would have on your quality of life. 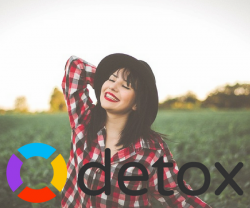 You can overcome cocaine addiction!

Cocaine addiction has a negative impact on your appearance as well, often causing rapid weight loss and malnutrition that can lead to thinning hair and other side effects. Injecting the cocaine intravenously destroys skin tissue, causing open sores and ulcers, while also making you vulnerable to skin infections and abscesses. Formication and dermatillomania are two long term effects of cocaine that can occur regardless of how you use the drug. Formication causes you to scratch violently at your skin because you believe there are bugs crawling underneath, and dermatillomania is a pathological skin picking disorder that causes you to obsessively pick at freckles, sores, or any other mark on the skin—sometimes even resorting to the use of tools like knives. With the impaired immune system that also accompanies cocaine use, this damage to the skin is usually unable to heal before even more damage is done, which can lead to more infections and extensive scarring over time. The earlier you give up cocaine, the better chance you have of your skin healing well and returning to normal.

Cocaine has been designated a Schedule II drug by the FDA, which means possessing it can result in a host of legal and financial consequences, including time spent behind bars. Not only will the experience of being incarcerated likely be traumatic for you, having a record will be an obstacle you’ll have to work to overcome for the rest of your life.

A drug habit is very expensive, both due to the direct cost of buying drugs, and to all the indirect financial consequences such as lost work hours and loss of employment. Despite the government’s “war on drugs,” which has tried to slow the production of cocaine by destroying coca plants on South American farms, the price of cocaine has remained consistent over the past couple of decades. The monopoly the drug cartels have on the cocaine business allow them to control the price however they want. As a result, the cost of cocaine stays high, but not so high as to prevent people from continuing to buy it—a balance that allows the cartels to continue to profit, and people suffering from cocaine addiction to risk serious financial problems as they continue to use.

Suffering a cocaine addiction will lead you to do a lot of unintentional damage to your relationships with family, friends, and romantic partners. Chronic drug use trains your brain to prioritize cocaine over everything else that you value in life, including the people you love. Cocaine recovery can and should provide you with the opportunity to repair damaged relationships through therapy and newly acquired communication skills. Meanwhile, as your recovery progresses, you will be able to slowly rebuild your loved ones’ trust through your continued sobriety and new way of life. Involving loved ones in your recovery can be healing for everyone, while also providing you with even more motivation to keep abstaining from drugs.

An active addiction tends to make for a bad employee. It will often make for a fired employee, in fact, if drug use causes poor performance, workplace accidents, or if your employer requires a drug screening and you test positive for cocaine. Quitting cocaine will help you get and keep a new job, which can give you a sense of security, purpose, and responsibility that is very good for maintaining recovery, not to mention improving your overall stability and quality of life.

Being addicted to drugs means being almost entirely dependent upon chemicals for enjoyment and pleasure. Quitting cocaine can allow your brain and body to heal and achieve a natural balance that will let you experience the true enjoyment that a sober life can offer. Without the interference of drugs, your sensory experiences, thoughts, and emotions will often be far more vivid and intense than before. This can be a little overwhelming at first, but it can also be a wonderful gift. Take advantage of this new, unfiltered experience of life by staying active and occupied with hobbies, interests, and new adventures. Once you find what you love to do, you will be able to enjoy it in a way that simply wouldn’t have been possible while you were still using cocaine.

If you are ready to experience the life changing benefits of quitting cocaine, Detox.com can help by connecting you to the best treatment options for your recovery needs. Our advisors are standing by 24/7 to help you change your life.

There are a multitude of reasons to seek professional treatment for cocaine addiction—far more than are listed here—and discovering them can be one of the most rewarding parts of cocaine recovery. Recovery is a journey that may not always be easy, but can bring you adventures that you never expected.

Most people who enter drug addiction treatment for cocaine are polydrug users addicted to more than one substance. Polydrug use makes any addiction more severe, and makes getting a medical detox essential due to the increased risk of potentially fatal withdrawal complications. But no matter how severe your addiction, your best bet at a successful recovery lies with treatment at a comprehensive rehab program that has the personnel, experience, and resources to address the physical, mental, emotional, social, and environmental factors that all play a role in your addiction behavior. Ignoring any of the root causes of your substance use will leave you vulnerable to a relapse stemming from those same causes.

At the present time, there are no FDA approved medications for the treatment of cocaine addiction, although researchers are working on pharmacological interventions that could become available in the future. Doctors do prescribe medications for the individual symptoms of cocaine addiction and withdrawal, however, such as anti-anxiety medications for panic attacks, or antipsychotics for delusions and other kinds of breaks with reality. Behavioral interventions for cocaine addiction include contingency management, which offers patients money or healthy rewards for abstaining from drugs, and cognitive behavioral therapy, which helps patients develop skills that support recovery, such as positive coping mechanisms, and the ability to identify and avoid trigger situations.

Practical life interventions are also important for long term cocaine recovery. Unemployed patients will experience more success with sobriety if they receive career counseling or vocational training as part of their treatment plan. Patients with an unhealthy home environment may benefit from family therapy to resolve issues and improve communication with loved ones, and/or placement in sober housing that can provide the patient with a safe way to transition from the treatment environment into fully independent living.

Aftercare is also important for sustained recovery. Patients who have a reliable mental toolbox of self-help behaviors, who consistently attend to their physical and mental health, and who make use of available community resources such as 12-step meetings like Cocaine Anonymous, are far more likely to abstain from cocaine use and continue to grow in their recovery for the long term.