Medications are an extremely helpful component of many detox programs effectively helping patients to stop using drugs or alcohol in various ways.  Many of the medications that are used in drug and alcohol detox work by addressing changes in the brain that occur during drug or alcohol use while others work by directly mitigating the cravings that a user may have when he or she first quits taking a substance that there is a physical or psychological addiction to.

In some cases, medications can even mimic the effects of a drug to cause the user’s brain to actually think that the drug is still being used.  This will eliminate any withdrawal symptoms and will work to keep cravings to a minimum which are both effective ways at reducing the risk of early relapse during the first stage of addiction treatment and recovery.

Call Detox.com now to find drug and alcohol withdrawal treatment centers near you!

The following medications are commonly used in drug and alcohol detox: 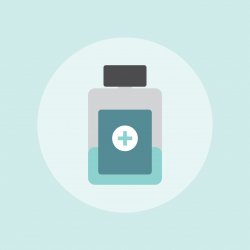 This drug is used as a medication maintenance program to help those who are addicted to opiates such as heroin, morphine or certain prescription painkillers.  Methadone is a habit-forming drug so the decision to use this in detox should be taken very seriously because there are risks associated with the potential for developing a physical or psychological dependence on the drug as a result of its use.

When a user takes methadone during drug detox, the patient is administered a daily dose.  Most of the time, especially when in a drug treatment setting, the user will not be provided with multiple doses of methadone at a single time because of the high potential for the drug to be abused but in time, those who show a sustained ability to be reliable and consistent in their treatment are sometimes given “take-homes” which are doses of methadone which they can take at home without having to come back to the methadone clinic another day.

This medication is often provided during opiate detox in the form of either a name brand known as Subutex or Suboxone.  Buprenorphine is only approved for the treatment of opiate addiction and has absolutely no other medical uses that are approved at this time.

There is a much lower potential for abuse of buprenorphine and therefore, this method of medication replacement often includes a take home dose right from the start.  Doctors who are qualified to dispense the medication provide patients with a prescription for Suboxone or Subutex which is taken orally to control cravings associated with heroin or other opiate addictions during detox.

This medication is used during the detoxification of opiates but may also be used in alcohol detox.  When prescribed alone, naltrexone works to block the effects of opiates and alcohol effectively reducing cravings for both of these drugs.  When naltrexone is used in the treatment of opiate addiction or detox, it is commonly paired with buprenorphine to create the drug widely prescribed under the brand name Suboxone.

Acamprosate is used in drug and alcohol detox when the symptoms of withdrawal persist for a very prolonged period of time. This drug is proven effective at helping patients who suffer from insomnia, restlessness and anxiety associated with the withdrawal from certain drugs or alcohol.  Though acamprosate is not as widely used as naltrexone, it does provide an effective means of treatment for those who are suffering a great deal of anxiety or insomnia as a result of their continued abstinence from drugs or alcohol.

This medication is prescribed to patients during alcohol detox to help prevent relapse.  The medication cannot be prescribed during the early days of detox but once the patient has completely stabilized, Disulfiram may be prescribed to help reduce the risk of relapse while the recovering alcoholic undergoes psychological therapy and counseling.  Disulfiram works by making the patient feel sick and nauseous and even inducing vomit if he or she drinks alcohol while taking the medication.

To learn more about detox medications, or for help finding treatment programs near you, call 800-483-2193(Who Answers?).