Crystal meth use in South Florida is on the rise again for the first time since the early 2000s, with the number of overdose deaths having more than doubled within the last five years. State officials are saying that the crystal meth being seized in Florida is unlike the low-grade meth commonly produced in homemade meth labs, and is mostly high-grade crystal with purity levels consistently near 100%. As local meth seizures and overdose rates climb, Florida is warning its residents about the impact of meth addiction, and the risk for deadly overdoses.

Crystal Meth is Making a Comeback 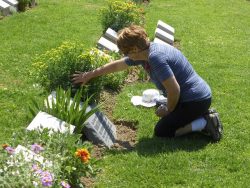 Meth overdose fatalities are on the rise in South Florida.

The new batches of crystal meth are being produced in large “super labs” throughout Mexico, and being smuggled into the U.S. at the Southwest border by Mexican cartel. So far in 2017, there have been 267 cases of crystal meth seizures in Miami-Dade County alone, which is more than triple the number of seizures that took place five years ago. Crystal meth is being delivered in person by drug dealers driving to Florida from the West Coast, but Florida law enforcement is saying some of the region’s meth is also arriving via U.S. mail similar to how fentanyl and synthetic club drugs are being sent from China.

While crystal meth use rates are rising in South Florida, cocaine, opioids, and marijuana remain the most commonly abused drugs. Meth use rates declined in Florida during the mid 2000s when authorities restricted sales of over-the-counter medicines containing pseudoephedrine — a key ingredient used to make crystal meth. Today, the majority of crystal meth being used by people in Florida is produced by the Mexican drug cartel, and is now lower in cost and more potent than ever before.

Florida law enforcement says the batches of crystal meth being seized are almost always mixed with other substances including cocaine, heroin, and fentanyl. Fentanyl is a synthetic opioid up to 50 times stronger than heroin, and can instantly trigger an overdose regardless of whether the drug is used alone or combined with crystal meth. Batches of heroin and cocaine may also contain fentanyl, which can make for a deadly combination when used with meth.

Crystal meth is a stimulant that puts undue stress on all your major organs, and that can cause brain damage, premature aging, violent behavior, and organ failure. People who use crystal meth are at high risk for suffering a heart attack, stroke, and coma, and are more likely to develop long-term mental health issues including depression, anxiety, and psychosis.

Each batch of crystal meth is made with a cocktail of deadly chemicals that differ from one batch to the next — meaning users never know what they’re getting. Anyone who uses crystal meth is exposing themselves to chemicals that can instantly trigger a deadly overdose, regardless of that person’s tolerance level or the length of time they’ve been using meth.

How to Stop Using Crystal Meth

Crystal meth is highly addictive, and can be difficult to stop using without getting professional help at an addiction treatment center. Drug detox centers help you overcome physical dependence on crystal meth so you can become healthier, avoid an overdose, and begin reversing the physical and psychological damages caused by meth use. A medical detox for crystal meth allows you to withdraw and recover from meth addiction at a safe facility surrounded by nurses and doctors who can treat and relieve some of your symptoms.

If you or someone you love needs help fighting crystal meth addiction, call our 24/7 confidential helpline right away at 800-483-2193(Who Answers?). Our experienced addiction counselors will discuss all your treatment options, and help you find the nearest meth detox center ready to help you become healthier and sober.