Kids who are willingly supplied alcohol by their parents face higher rates of binge drinking and alcohol abuse, according to a recent study. In the U.S. and countries including Australia and the U.K., some parents initiate their teens to drinking with hopes of teaching their kids how to drink responsibly in college, and to show them how it feels to be intoxicated. But evidence shows that early onset of alcohol use increases the risk for alcohol-related problems later on, including alcohol dependence and addiction. 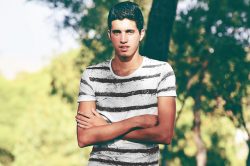 The six-year study published in the latest issue of The Lancet Public Health surveyed 2,000 teenagers and their parents to evaluate patterns of alcohol consumption and early initiation to alcohol. At the beginning of the study when most teens were only 13 years old, only 15% had access to alcohol from their parents. This percentage jumped to 57% by the end of the study when the teens had turned 18.

The human brain continues developing through a person’s early 20s. But alcohol and drugs can interfere with brain development and cause problems with learning, memory, and emotional health and stability. Introducing children and teens to alcohol early on increases the risk for academic problems, behavioral problems, and mental health disorders like schizophrenia and depression.

A number of studies also show that early onset of alcohol use increases the risk for addiction, since youth are made to view drinking as a normal behavior when alcohol becomes part of their environment and easy to access. The chemical changes that take place in the brain when kids drink alcohol also pave the way for binge drinking, dependence, and addiction later in life.

Getting Help for Alcohol Abuse

If you’re a parent or teen, understand there are more cons than pros associated with drinking alcohol at an early age, and that drinking before the age of 21 often increases the risk for alcohol abuse and addiction. Refrain from supplying your kids with alcohol or consuming alcohol until the legal drinking age of 21, which is when the brain is more fully developed and can handle alcohol intake with fewer health risks. Children and teens who do need help overcoming binge drinking and alcohol abuse can get help at a nearby alcohol detox center.

Alcohol detox centers help you overcome alcohol dependence using a medical detox — which allows you to safely withdraw from alcohol under the supervision of licensed medical staff. Withdrawing from alcohol comes with its own risks such as seizures, confusion, and hallucinations, but alcohol detox centers can monitor your vitals, and supply you with medications that relieve certain symptoms. Alcohol detox centers also use medications that reduce alcohol cravings so you can focus completely on recovery without having to worry about intense, painful urges to drink alcohol.

If you need help fighting alcohol abuse, call our 24/7 confidential helpline at 800-483-2193(Who Answers?) to learn more about available alcohol detox treatments. We’ll answer all your questions, and help you find the nearest alcohol detox center ready to guide you or your teen toward a healthier, addiction-free lifestyle.