The CDC released an official report saying more Americans died from drug overdoses in 2016 than any other year on record, and that life expectancy has decreased for the 3rd year in a row since 1918. The main cause of the decrease in life expectancy across the U.S. is cited to be drug overdoses — particular that caused by opioids. The number of opioid overdose deaths increased by 21% from 2015 to 2016.

A Close Look at the CDC’s New Report 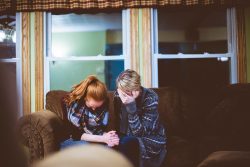 Death rates for chronic diseases like heart disease, cancer, and diabetes either decreased or stayed the same from 2015 to 2016, while death rates increased for drug overdoses, Alzheimer’s disease, and suicide. Lindsey Vuolo, an associate director at the National Center on Addiction and Substance Abuse, says death rates for overdoses are all preventable, and that treating addiction just like any other chronic disease is key to helping America overcome its opioid crisis.

Which Drugs are Causing Overdoses?

Of the more than 63,800 drug overdose deaths that occurred in 2016, more than 53,000 were caused by opioids including heroin and painkillers. The number of overdose deaths involving synthetic fentanyl and fentanyl analogues doubled between 2015 and 2016 for a death count of over 20,000. Fentanyl is one of the most powerful opioids currently circulating U.S. streets, and is between 50 and 100 times stronger than morphine.

While heroin, painkillers, and synthetic fentanyl are responsible for the majority of U.S. drug overdose deaths, other drugs that top the list are cocaine and methamphetamine. In recent months, an increasing number of reports are saying fentanyl is being mixed or cut with cocaine and meth, which could result in an even higher overdose death toll for 2017. Many drug users — including heroin users — are unaware that their drugs are being mixed with deadly substances like fentanyl, and are suffering accidental overdoses.

How to Keep You and Your Family Safe from Overdoses

Opioid addiction begins at home with prescription painkillers. The CDC reports that in 2016, doctors wrote 66.5 opioid prescriptions for every 100 Americans. The over-prescribing of opioids in the U.S. is one of the leading causes of the nationwide epidemic.

If you or any of your family members are using painkillers, talk to your doctor about alternative pain treatments that offer a lower risk for addiction. Using opioids for longer than two weeks increases the risk for dependency and addiction, as well as the risk for an overdose and death. Also, dispose of any unused painkillers to prevent friends, family, and guests from using your medication illicitly without a prescription.

Opioid addiction can be safely and effectively treated at any drug detox center using a medical detox or medication-assisted treatment, along with therapy. Many detox centers treat opioid addiction using medications like methadone, buprenorphine, and naltrexone — all of which eliminate opioid withdrawal symptoms so you can experience a full, comfortable recovery.

Opioid addiction can happen to anyone who uses painkillers, regardless of the reason. If you need help fighting opioid addiction, call our 24/7 confidential helpline immediately at 800-483-2193(Who Answers?). Our addiction specialists will discuss all your treatment options, and connect you with the help you need to become healthier, safer, and addiction-free.