7 Warning Signs of Cocaine Overdose You Need to Know

Cocaine-related overdoses killed over 10,600 people in the U.S. in 2016 — more than a 52% increase from the previous year. As one of the most addictive stimulants in the world, cocaine can trigger an overdose when used in high amounts, or when combined with other deadly drugs like heroin. Knowing common signs of cocaine overdose and how to treat cocaine overdose symptoms can help you save a life, and reduce the risk for other serious health-related consequences such as seizures, stroke, and kidney failure.

Cocaine addiction is a major risk factor for cocaine overdose, and can be safely treated with cocaine detox and therapy at an addiction treatment center. But if you or someone you know uses cocaine, knowing what to do in the event of an overdose can help you or your friend stay safe, and get another chance to become sober and healthier.

Do you or people you know use cocaine? Here are seven warning signs of cocaine overdose, along with steps you can take to prevent an overdose and help cocaine users stay alive.

How Common is Cocaine Overdose?

The rate of cocaine overdose deaths in the U.S. doubled from 2001 to 2006 to cause over 7,000 deaths, but this number gradually declined every year until 2010 saw just over 4,000 overdose deaths. After 2010, the rate of cocaine-related deaths started rising again every year, and is now at its highest level since the 1980s when the U.S. was experiencing its major cocaine epidemic. Experts are attributing the recent rise in cocaine-related deaths to the nation’s current opioid crisis, since synthetic opioids like fentanyl are now being mixed and cut into cocaine and increasing the risk for deadly overdoses.

In 2011, cocaine was involved in 505,224 of 1.3 million hospital emergency room visits related to drug abuse, which equates to roughly 40% of those hospital visits. While not all cocaine-related overdoses instantly result in death, a cocaine overdose can lead to serious health complications that increase one’s fatality risk.

Common health problems that stem from cocaine overdose and abuse: 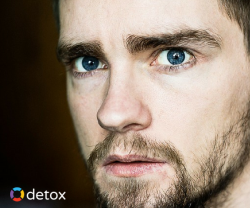 Psychosis symptoms can be a sign of cocaine overdose.

Anyone who uses cocaine faces the risk of an overdose regardless of the amount being used or a person’s tolerance level. People who struggle with cocaine addiction are often at higher risk for an overdose since they use the drug more frequently, and face greater exposure to batches of cocaine that may contain fentanyl — an opioid up to 50 times stronger than heroin. The potency of cocaine often changes from one batch to the next, especially when dealers mix and cut batches of cocaine with drugs like fentanyl.

Stimulants including cocaine, methamphetamine, ADHD medications, and caffeine work by stimulating the central nervous system to make users feel more energetic and alert. But using powerful stimulants like cocaine can cause too much stimulation, and a range of dangerous side effects that can lead to an overdose.

Here are seven common signs that indicate you or a loved one could soon experience a cocaine overdose.

Cocaine interferes with the body’s heat-regulating mechanisms to raise body temperature, which can lead to hyperthermia. Commonly known forms of hyperthermia include heat fatigue, dizziness, heat exhaustion, and heat stroke — the latter of which is life-threatening in itself. Heat stroke occurs when body temperature exceeds 104 degrees Fahrenheit, and can cause confusion, fainting, and coma.

Using cocaine in hot temperatures can further increase one’s risk for a cocaine overdose. A study examining the link between temperature and drug overdoses found that for every week the temperature exceeded 75 degrees Fahrenheit in New York City, there were two extra cocaine-related overdose deaths.

The stimulating effects of cocaine increases the body’s adrenaline production to cause a spike in heart rate and blood pressure. The undue stress placed on the heart from cocaine use can lead to an irregular heartbeat and palpitations. A study examining emergency room visits for cocaine intoxication found that 21% of those patients experienced heart palpitations. Other common heart problems associated with cocaine use are chest pain, rapid heart rate, and inflamed heart muscle — also known as myocarditis.

Irregular heartbeat is one of the scarier cocaine overdose symptoms since this health condition often produces no symptoms itself. But in some instances, irregular heartbeat may produce symptoms of a fluttering sensation in the chest, dizziness, and shortness of breath.

Cocaine excites the central nervous system to produce symptoms of shaking and tremors. Those who use cocaine regularly or in high amounts can experience fluctuations in their body’s levels of dopamine — a brain neurotransmitter involved in motor control. Since dopamine controls muscle movement, imbalances in dopamine can lead to muscle twitches and tremors.

A person overdosing on cocaine may experience uncontrollable muscle movements that include tremors and teeth grinding. This increase in muscle activity can even contribute to fever and a rise in body temperature. In some cases, a person’s muscles can seize to the point they’re unable to talk or communicate that they’re overdosing and need help.

Anxiety is one of the most common symptoms of cocaine use, but heightened or worsened anxiety can indicate a cocaine overdose may be looming. Cocaine speeds up brain activity and causes an imbalance in brain neurotransmitters including serotonin, GABA, and norepinephrine, which is similar to adrenaline. An imbalance in these brain chemicals can lead to anxiety and most types of anxiety disorders.

Anxiety during a cocaine overdose can be marked by feelings of stress that seem out of proportion to the impact of the event, along with extreme restlessness, irritability, fear, and impending doom.

Cocaine can have adverse effects on a person’s gastrointestinal system, and cause nausea and vomiting, as well as abdominal pain and bowel tissue decay. Cocaine-induced nausea can also be triggered due to the way the drug interacts with parts of the brain that control nausea and vomiting. Vomiting is the body’s way of protecting itself against poisons and toxins such as cocaine, and is usually preceded by nausea.

A person who uses too much cocaine or more than their body can handle will experience nausea, which can indicate an overdose is about to happen. Since nausea comes before vomiting, this overdose symptom can make you aware it’s time to get help immediately before it’s too late.

People who use high amounts of cocaine are at great risk for experiencing cocaine-induced psychosis, which has been compared to acute paranoid schizophrenia. Up to 55% of patients who suffer cocaine-induced psychosis exhibit violent behavior, which scientists attribute to the effects of cocaine on brain neurotransmitters that can provoke aggression, hyperactivity, and paranoia. Psychosis is often more prevalent among crack cocaine users.

Cocaine-related seizures are rare, and occur in roughly 8% of patients who visit hospital emergency rooms for cocaine intoxication. Studies reveal that the majority of cocaine-related seizures occur in those who use cocaine intravenously in the form of crack cocaine. Seizures are most commonly caused by imbalances in the brain neurotransmitter GABA, which can occur as a result of using too much cocaine.

Common symptoms of seizures are headache, memory loss, muscle spasms, fainting, and feelings of pins and needles. A person who is about to have a seizure may experience unusual tastes, feelings, and smells, along with daydreaming episodes, jerky movements, and the sensation of falling.

What to Do if You Witness an Overdose

Call 911 or emergency services immediately if you suspect that you or someone else is experiencing cocaine overdose symptoms. Death by cocaine overdose can happen quickly, which is why immediate medical attention offers the best chance of survival for you or the overdose victim.

Here are steps to take if you are witnessing a cocaine overdose:

After medical help arrives, cocaine overdose symptoms are often treated using sedatives like benzodiazepines that can lower heart rate and blood pressure, and reduce anxiety and tremors. Benzodiazepines and anticonvulsants can also help reduce and prevent seizures, while acetaminophen may be used to lower and regulate body temperature.

Unlike opioid overdoses, which can be reversed using an overdose antidote medication like naloxone, there are no medications that can reverse a cocaine overdose. Cocaine overdose symptoms are normally treated on their own using certain medications and therapies.

How to Prevent a Cocaine Overdose

The best, most effective way to prevent a cocaine overdose is to stop using cocaine. However, those who suffer from cocaine addiction can face great difficulty with quitting cocaine abruptly or on their own due to life-threatening withdrawal symptoms that increase the risk for relapse and overdose. A professional cocaine detox can help these individuals overcome cocaine dependence, and safely withdraw from cocaine while facing a lowered risk for complications.

Other ways cocaine users can lower their risk for an overdose is to avoid mixing the drug with substances such as alcohol, heroin, and synthetic opioids like fentanyl and carfentanil. Combining cocaine with other drugs increases the risk for overdose due to the way these drugs interact with one another to cause adverse effects. To avoid overdosing on cocaine that is unknowingly laced with fentanyl, consider using fentanyl test strips, which cost roughly $1 apiece and can reveal whether your current batch of cocaine contains traces of this deadly opioid.

A cocaine detox is often performed as a medical detox, which takes place in an inpatient setting where patients are monitored and cared for by trained medical staff. A medical detox allows patients to withdraw from cocaine under 24/7 medical supervision, and involves the use of medications that can relieve certain withdrawal symptoms. Most cocaine withdrawal symptoms are psychological, and can be treated using therapy.

Therapies used to treat cocaine addiction include 12-step support groups, cognitive-behavioral therapy, motivational enhancement, and dialectical behavior therapy. These therapies can treat psychological cocaine withdrawal symptoms, along with underlying causes of cocaine addiction. Ninety-day treatment programs are recommended for those fighting cocaine addiction, since these programs give patients enough time in which to establish new daily routines free of drug use, and learn skills that help them manage triggers, avoid relapse, and stay sober for life.

Call our 24/7 confidential helpline at 800-483-2193(Who Answers?) to get started with cocaine detox treatment right away. Our addiction counselors will discuss all your available treatment options, and help you find a cocaine detox center ready to help you achieve lifelong sobriety.