Surviving Painkiller Overdose: What Next?

Surviving a painkiller overdose can help you realize that your painkiller addiction is severe to the point it nearly caused you to die. Painkiller addiction affects two million Americans, and increases a person’s risk for serious consequences such as heroin addiction, overdose, and death. If you’ve survived a painkiller overdose, getting an opioid detox is the first step you can take to become healthier, improve your survival rate, and achieve a more fulfilling and satisfying addiction-free lifestyle. 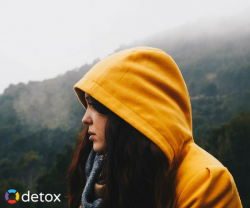 Painkiller use and overdose rates have gradually risen almost every year since the mid-1990s, when Purdue Pharma started selling oxycodone under the brand name OxyContin. Around that time, drug manufacturers of painkillers like OxyContin failed to inform prescribers that these types of drugs carried the risk for abuse, dependence, and addiction. Doctors started to prescribe painkillers at high rates, which put these drugs in the hands of many who already met risk factors for addiction and overdose — including teens, seniors, and people using sedatives like benzodiazepines.

Today, painkiller overdoses are a nationwide epidemic that remains a U.S. public health emergency and is growing worse by the day. Between 21 and 29% of people who are legitimately prescribed painkillers end up misusing them, while between eight and 12% become addicted to their painkillers. Painkiller addiction also increases the risk for heroin addiction, since an estimated 80% of heroin users report misusing painkillers before making the switch to heroin.

Here’s a breakdown of the death and survival rates associated with painkiller overdoses.

The three most common painkillers involved in overdose deaths are oxycodone, hydrocodone, and methadone. These drugs are prescribed to treat moderate to severe pain, while methadone is also used to treat opioid dependence. Many times, Americans are prescribed more opioids than needed for pain treatment and end up with leftover pills, which are then stored in medicine cabinets where they can be accessed by family, friends, and visitors to the home.

People who use counterfeit painkillers that are not legitimately prescribed to them by medical doctors face an even higher risk for a deadly overdose, since these drugs may contain dangerous synthetic opioids like fentanyl. Fentanyl is up to 50 times stronger than heroin, and is potent enough to instantly cause an overdose. Fentanyl is now the leading driver of opioid overdoses, and was involved in 46% of the 42,249 opioid overdose deaths that took place in 2016.

In 2010, prescription painkillers were used for non-medical reasons by over 12 million people in the U.S., which resulted in 425,000 visits to hospital emergency departments. The rate of hospital inpatient stays involving opioid overdoses among U.S. adults increased by over 150% from 1993 to 2012. The percentage of hospital stays increased from 43% in 1993 to 64% in 2005, and stayed relatively consistent from year to year until 2012.

In 2013, the rate of opioid overdoses started rising again as illicit fentanyl use became more widespread. Naloxone cannot always revive victims of fentanyl overdose given the drug’s high potency. Those who overdose on painkillers laced or mixed with fentanyl generally face lower survival rates since multiple doses of naloxone are often needed to keep fentanyl users alive. First responders and caregivers without extra naloxone on hand may struggle with keeping fentanyl overdose victims alive after the effects of naloxone wear off, and the remaining traces of fentanyl in the body trigger another overdose.

Painkiller overdose victims who are revived with naloxone generally face high survival rates. Naloxone has been shown effective at reversing between 75 and 100% of painkiller overdoses, with some reports suggesting this overdose antidote may offer a more exact success rate of 93.5%. The same report shows that roughly 84.3% of people who survive painkiller overdoses on behalf of naloxone are still alive one year later, which is positive considering relapse rates for drug use disorders usually fall between 40 and 60%.

Regardless of whether you’ve survived a painkiller overdose with or without help from naloxone, understand that your survival rate can remain high as long as you receive addiction treatment to fully overcome your opioid use disorder. Addiction treatment can help lower your risk for relapse, and teach you invaluable life skills that promote a healthy, drug-free lifestyle.

What Needs to Happen After an Opioid Overdose

After you’ve recovered from an opioid overdose, it’s time to take charge of your life and start making changes that prevent you from experiencing another overdose. But what should you do first? How do you get started, and where should you go for help?

Here are the next steps you must take after experiencing a painkiller overdose.

Recognize There is a Problem

There’s no larger wake-up call than an overdose to alert you of your problems surrounding painkiller abuse. While recovering from your overdose, come to terms with the fact that you’re dealing with a problem serious enough to land you in the hospital and bring you close to death. Don’t let the stigma that surrounds addiction prevent you from getting the help you need and deserve. Opioid abuse and addiction are now extremely widespread and common in the U.S., and can be safely and successfully treated at one of many drug detox centers.

Recognizing you have a problem can also help you feel more accountable for your painkiller abuse and realize it’s time to move forward with getting treatment. Many drug overdoses occur as a result of tolerance, dependence, and addiction — all of which can be treated as a whole using opioid detox, therapy, rehab, and aftercare.

Taking responsibility for your addiction means acknowledging that you have a problem and getting help so you become healthier and happier, and resume pursuing your most important life goals. When you’re suffering from drug dependence and addiction, it’s important to keep in mind that drugs can change your brain in ways that affect your physical, mental, and emotional health. Addiction is a chronic relapsing brain disease, so don’t be too hard on yourself, and understand that addiction has relapse rates just like diabetes, high blood pressure, asthma, and other chronic diseases.

Overcoming painkiller addiction is no easy feat for anyone, and can be especially difficult for those trying to do it by themselves without any type of support. But friends, relatives, and other people you trust and who care about you can end up playing major positive roles in your recovery. Your friends and loved ones can create healthy environments that promote your recovery, and can stick by your side at parties and events where painkillers and other drugs might be easily accessible.

These supportive individuals will also motivate you and cheer you on as you continue to recover from painkiller addiction. They can make certain daily challenges seem less difficult, and keep you busy with fun activities and projects when you’re feeling close to relapse. In addition to considering close friends and relatives, think about therapists, peers in support groups, and counselors who share the same strong compassion for your recovery from painkiller addiction.

A drug detox is the first stage of painkiller addiction treatment and helps you overcome physical dependence on all opioids. When you stop using painkillers abruptly, withdrawal symptoms will set in after the last dose wears off. But a medical detox from painkillers involves the use of substitute medications that help relieve your drug cravings and other withdrawal symptoms.

A medical opioid detox offers a safer, more comfortable recovery than quitting cold turkey on your own at home. Possible complications associated with quitting painkillers cold turkey include aspiration, dehydration, and heart attack. However, a medical opioid detox allows you to withdraw from painkillers under 24/7 medical care and supervision to lower your risk for these complications.

Call Detox.com now to find painkiller detox centers near you!

Painkiller detox can also be conducted as a rapid detox, natural detox, or as medication-assisted treatment. A rapid detox lasts one to five days and uses medications to quickly induce the opioid withdrawal process. This detox method allows you to remain sedated for the entirety of the procedure, and avoid much of the pain and discomfort caused by severe withdrawal symptoms. Insomnia and mental health symptoms like anxiety and depression may persist following a rapid detox, but can be treated using therapy.

A natural detox allows you to withdraw from painkillers at your own natural pace, but with access to alternative therapies like acupuncture and massage therapy that help relieve withdrawal symptoms. Medication-assisted treatment is similar to a medical detox and combines medication maintenance with counseling and support groups. But where a medical detox lasts between seven and 10 days, medication-assisted treatment may last for one year or longer — especially for those using methadone as part of their treatment regimen.

After receiving an opioid detox to treat painkiller dependence, your next step is to seek treatment for painkiller addiction. Drug rehab programs that last a minimum of 90 days can help you overcome painkiller addiction in full using support group therapy, cognitive behavioral therapy, and other therapies designed to improve your thinking patterns, behaviors, and mental health conditions. Following your opioid detox, prepare to join an inpatient drug rehab program or aftercare program that offers ongoing therapy in an outpatient setting.

As a painkiller overdose survivor, you may benefit from aftercare programs that offer relapse prevention training and 12-step support groups. Relapse prevention training helps you identify and recognize your personal triggers that led to painkiller use, and teaches you how to cope with or overcome those triggers when faced with them in real-life situations. Twelve-step groups like Narcotics Anonymous allow you to attend regular support group meetings with peers who are also overcoming opioid addiction, and who can bond with you as you continue working toward lifelong sobriety.

Overcoming painkiller addiction requires you to make a series of healthy lifestyle changes that remove you from environments and situations that could lead to relapse. For instance, you may want to stop hanging out with drug-using friends, or start exercising regularly to stay healthy and relieve stress naturally without turning to painkillers.

Evaluate your current lifestyle to determine which factors led to painkiller abuse and overdose. Then, make changes as needed so you can start living a better life without having to cope with painkiller dependence ever again.

How to Find Effective Recovery Programs

Opioid detox clinics are everywhere, which can make it challenging for you to find an effective, accredited recovery program. But Detox.com can help you locate the top detox centers in the country so you or your loved one can avoid wasting time searching for an accredited program and experience a safe, full recovery from painkiller addiction.

Visit our drug detox center directory to explore opioid detox programs near your home, or in cities and states near close friends and relatives. Look for opioid detox centers that offer a medical detox, along with therapies aimed at helping you overcome the root causes of your addiction.

Alternately, call our 24/7 confidential helpline at 800-483-2193(Who Answers?) to discuss all your options with an experienced addiction counselor. We’ll perform a free insurance verification check, and help you find a detox center staffed with caring medical professionals devoted to guiding you or your loved one along the path to sobriety from painkiller addiction.