Scientists at the University of Pennsylvania recently discovered that some FDA-approved drugs used to treat obesity and diabetes may also be effective at reducing cocaine relapse rates. During their research, the scientists learned that many of the same brain chemicals that play a role in food-seeking overlap with those that play a role in drug-seeking. This evidence could pave the way for new treatments that can help people fully overcome cocaine use disorder and avoid relapse. 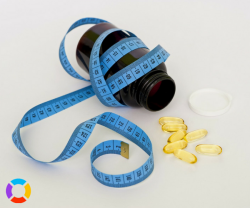 The latest study published in the journal Neuropsychopharmacology was led by behavioral pharmacologist and neuroscientist Heath Schmidt, and examines how the brain functions when a person stops using cocaine. Schmidt explains that the goal of the study was to learn how relapse affects the brain on a neurobiological level so clinicians can start using medications to treat cocaine addiction. At this time, there are no FDA-medications approved for use in treating cocaine use disorder.

Through experimentation, Schmidt and team found that the same drugs commonly used to treat diabetes and obesity are also effective at reducing the desire to seek out cocaine. Certain types of obesity drugs work by activating receptors for a hormone called GLP-1 that reduces blood glucose levels and appetite, along with cocaine cravings.

To test their hypothesis, researchers worked with cocaine-addicted rats that had been subjected to cocaine withdrawal. The rats were given an FDA-approved drug for obesity called Exendin-4, along with an acute injection of cocaine. The researchers found that Exendin-4 was successfully able to block the effects of cocaine, and reduce stimuli triggered by environmental cues that could lead to relapse. Schmidt says that while these results are hopeful for those who suffer cocaine addiction, much more research is needed before this finding can be applied to addiction treatments for humans.

What Are Other Treatments for Cocaine Addiction?

Cocaine addiction can be safely treated using drug detox and therapy. Cocaine detox helps you withdraw from cocaine and overcome physical dependence, while therapy treats psychological symptoms of cocaine addiction and teaches you skills that lower your risk for relapse. Behavioral therapy may also be used to help you overcome anxiety, depression, and other mental health disorders that were triggered by cocaine addiction, or that existed before you became addicted to cocaine.

In addition to Schmidt and team, many other scientists and researchers are working on developing medications that treat cocaine addiction. Cocaine acts on many brain chemicals including GABA, serotonin, and dopamine, and can trigger imbalances in these chemicals that increase the risk for addiction and mental health disorders. Medications that target and rebalance these brain chemicals may be promising in helping to treat cocaine addiction and prevent future relapse.

When left untreated, cocaine addiction can lead to serious health problems including significant weight loss and malnourishment, and damage to the heart and gastrointestinal tract. People who struggle with cocaine addiction are also at high risk for an overdose due to the way cocaine is now being mixed and cut with deadly synthetic substances like fentanyl. Fentanyl is an opioid up to 50 times stronger than heroin, and can cause a deadly overdose instantly when used with stimulants like cocaine.

Where to Find Help for Cocaine Use Disorder

Cocaine addiction affects an estimated 900,000 U.S. adults and offers relapse rates of between 40 and 60% — relapse rates that are comparable to other chronic health conditions like diabetes and high blood pressure. If you or a loved one needs help recovering from cocaine addiction, understand there are nearby treatment centers ready to help you get clean and reduce the risk for relapse.

Use our drug detox center directory to find nearby treatment centers in your city and state, or call our 24/7 confidential helpline at 800-483-2193(Who Answers?) to discuss all your options with an experienced addiction counselor. Detox.com will perform a free insurance verification check and help you find nearby treatment so you can become healthier and addiction-free.