On Wednesday, March 7, 2018, a successful drug bust occurred at the Compass Self Storage facility in Cherokee County, Georgia. Four individuals were arrested, and authorities were able to stop almost 1,000 prescription pills from being sold on the street.

Officers arrived at the scene and found 895 prescription pills as well as marijuana smoke smell coming from the storage unit. The pills obtained included generic oxycodone, methamphetamine, carisoprodol, alprazolam and the brand name drug Percocet, which contains oxycodone and acetaminophen. There were a number of other types of pain and stimulant pills, as well as 4.3 grams of meth and 55.2 grams of marijuana. Officers also found guns at the scene. 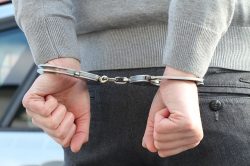 The illegal buying and selling of opioid drugs and other prescription drugs is, unfortunately, not new, but it is getting worse. Many people start out taking these drugs as prescribed by a doctor and become dependent on them, which leads them to want more. This can turn into abuse if the individual, instead of seeking help from their doctor, begins to purchase these drugs illegally. Also, some individuals start using opioids illicitly without ever taking them via prescription, as they cause a euphoric high when taken in large doses.

Sadly, this type of abuse has led to many other problems in the United States and specifically in Georgia. Many individuals have become tolerant to the effects of prescription pills and are looking for stronger highs. This has led to an increase in heroin abuse, which in turn, increases the number of overdoses.

Prescription pill abuse can easily lead to more dangerous types of drug abuse. However, it is important to remember that a person can still overdose on a number of prescription medications, such as opioids, stimulants, and CNS depressants. These overdoses can also become deadly.

Make sure you always take your medication exactly as prescribed, and especially in the case of opioid drugs, it is best not to take them for more than 7 days at a time. If you are very concerned, consider asking your doctor if there is an alternative to using these drugs.

You Can Get Help

If you are struggling with addiction, now is the time to seek help. Call 800-483-2193(Who Answers?) to find safe detox and rehab centers near you.