In 2017, Cedric Manior, a 44-year-old minister, was convicted of selling drugs in his home in Rincon, GA. On March 30, 2018, Manior was sentenced to ten years in prison under the charges of dealing cocaine and illegal possession of firearms. The U.S. Attorney Bobby Christine was the top prosecutor on the case. 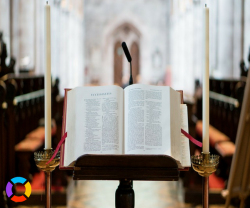 Manior was the minister for the New Beginnings Outreach Ministry. When police raided his home in August of 2017, they found marijuana, methamphetamine, prescription drugs, cocaine and crack cocaine, and scales used to weigh out drug amounts. They also found 20 firearms, which they confiscated from the premises. Not only was Manior breaking the law by selling drugs, he was also prohibited from owning guns because of previous felony convictions.

What Is Crack Cocaine?

According to the Center for Substance Abuse Research, crack cocaine is an even more dangerous, smokeable form of cocaine. The drug can cause the effects of cocaine to come on almost instantaneously, and they last for only about 15 minutes, making the individual immediately desire to use more. As such, crack cocaine can become addictive the first time an individual uses it.

The drug causes a number of severe, short-term and long-term effects, including

Those who abuse crack cocaine put themselves in danger of addiction and of death every single time they use. This is one of the most intense drugs of abuse that can cause some of the most severe side effects associated with any substance. If you know someone who abuses crack cocaine, or if you yourself have been misusing it, it’s time to get help.

Going through crack detox isn’t easy. According to the National Library of Medicine, cocaine is considered to cause one of the most intense withdrawal symptoms known to any dug of abuse, partially because it lasts so long and partially because it is almost entirely psychological in nature, which makes it hard for others to comprehend. Still, you can find the help you need in a professional detox center.

You Can Start Your Recovery Today

Call 800-483-2193(Who Answers?) to speak with a treatment advisor and begin the journey of recovery now. We can help you find detox centers in your area that will offer you the best care for your specific needs.