An anesthetic called ketamine that is also commonly abused as a club drug has been found to reduce suicidal thoughts and tendencies in those who suffer from severe depression. A new study found that four-week ketamine treatment can greatly reduce or eliminate suicidal tendencies in high-risk patients ready to act on their thoughts. But ketamine continues to carry a high risk for abuse, which has scientists looking for ways to reduce the potential harms of this drug so it can be used to safely help people recover from mental illness.

What is Ketamine, and How Does the Drug Reduce Suicidal Tendencies? 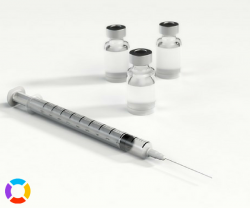 Ketamine is a dissociative anesthetic and Schedule III substance that produces dreamlife, paralytic effects including hallucinations and amnesia. The drug is only used as an anesthetic in hospital and veterinary settings, but a number of previous studies have shown the drug is also useful at treating depression.

For the latest study published in the American Journal of Psychiatry, researchers gave ketamine to 68 patients who showed up in hospital emergency rooms and were suffering from severe depression and suicidal thoughts. Roughly 50% of the patients required suicide precautions in addition to hospitalization, and 60% had already attempted suicide. All patients received counseling and antidepressants, with 50% of the patients also having received ketamine in the form of a nasal spray called esketamine.

Within four hours of using ketamine, 34% of the patients reported losing their suicidal thoughts and were said to “enjoy life or take it as it comes,” compared to 23% of patients who received placebo. After 25 days of ketamine treatment, the number of patients who completely lost their suicidal thoughts jumped to 77%, compared to the 58% who only received placebo.

Studies suggest that ketamine treats depression and reduces suicidal tendencies by promoting the regrowth of brain cells involved in mood. People who suffer depression and other mood disorders usually have lower levels of serotonin that contribute to their mental illness, which is normally treated using antidepressants. But ketamine goes a step farther and regrows the brain cells that produce serotonin and other neurotransmitters to reduce depression and suicidal tendencies.

What Are the Dangers Associated with Ketamine Use?

Ketamine is still years away from being used and approved to treat depression and suicide in the U.S. Patients who used ketamine in the latest study reported side effects including nausea, an unpleasant feeling of dissociation, and a bad taste in the mouth. High doses of ketamine may also cause hallucinations and delirium, and can increase the risk for dependence and addiction.

Researchers say that if the FDA approves esketamine, the drug will be available as a single-dose nasal spray, and distributed through a special process to prevent patients from abusing the drug outside of a controlled medical environment. When abused and used in high doses, ketamine can increase blood pressure, and lead to loss of motor function and serious respiratory problems. Those who use illicit ketamine outside of a medical environment face the risk of poisoning or an overdose, since street versions of the drug may contain more potent, deadly substances like fentanyl.

Depression can be treated at many drug detox centers at the same time as addiction. Drug detox is the first step of treatment, and helps patients overcome physical dependence on drugs and alcohol. Following detox, patients receive therapies that treat the psychological root cause of both the addiction and the mood disorder. Patients can then leave drug rehab with improved physical and psychological health, and face a lower risk for suicidal ideation.

If you or a loved one is struggling with addiction and mental illness, call our 24/7 confidential helpline at 800-483-2193(Who Answers?) to learn more about your available treatment options. Our caring drug abuse specialists will work with you to find the nearest drug detox center devoted to helping you experience a safe, successful recovery from your dual diagnosis.