Federal law enforcement officials can now access a higher number of prescription drug databases that can help them identify which doctors across the U.S. are prescribing opioids at alarming rates. The U.S. Department of Justice and its Opioid Fraud and Abuse Detection Unit can now check one computer system that analyzes data on the state and nationwide levels to identify possible pill mill locations. The Justice Department says this new intelligence will shorten the amount of time it takes to identify and indict doctors who may be driving the nation’s drug crisis.

Identifying Doctors Behind the Opioid Crisis 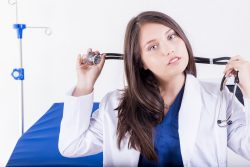 New intelligence shows which doctors are prescribing the highest quantities of opioids.

Now, in addition to accessing PMDPs, federal law enforcement officials can access records from Medicaid, Medicare, state coroners, and other data compiled by the Justice Department. This new intelligence can help officials determine which doctors are prescribing the highest number of opioids, the distance patients are travelling to see these doctors, and whether any patients have died within 60 days of receiving opioid prescriptions.

How Will This Affect Current Opioid Users?

Federal officials say that their new intelligence is intended to help lower the nation’s opioid addiction and overdose death rates. Many times, those who become tolerant to and physically dependent on opioids will eventually move on to using drugs that are far more potent, such as fentanyl. Fentanyl is up to 50 times stronger than heroin, and is linked to growing number of fatal drug overdoses in the U.S.

Patients who are currently taking opioids for legitimate medical reasons may still be able to obtain prescriptions from their doctors. The Justice Department has acknowledged that doctors with high prescribing numbers alone won’t necessarily raise red flags, unless these doctors are dentists, gynecologists, and psychiatrists. Typically, opioid prescribing in these medical settings is short-term, and few and far between.

What To Do If You’re Addicted to Opioids

Opioids are only intended for short-term use for the treatment of moderate to severe pain. Those who use opioids for longer than two weeks are often at high risk for dependence and addiction due to the way these drugs interact with opioid receptors in the brain. If you’ve been using opioids for an extended period of time and are now physically dependent on your medication, getting help now is your best option to avoid problems with addiction, or an accidental overdose.

Talk to your doctor about alternative pain treatments that can replace opioid therapy, such as acupuncture or non-opioid pain relievers that carry a far lower risk for addiction. Recent studies have shown that over-the-counter pain relievers like acetaminophen are just as effective at reducing chronic pain than opioids.

Opioid addiction can be safely and effectively treated at a drug detox center using a medical detox or medication-assisted treatment. These two treatments involve the use of medications that can eliminate all opioid withdrawal symptoms so you don’t have to face discomfort in the form of nausea, vomiting, muscle pain, and other adverse symptoms. Opioid detox treatments are usually combined with therapy so you can successfully overcome triggers and tendencies to use opioids, and stay sober for life.

If you or a loved one needs help overcoming opioid addiction, call our 24/7 confidential helpline at 800-483-2193(Who Answers?). Our experienced addiction counselors will discuss all your treatment options, and help you find the nearest opiate detox center ready to help you become healthier and addiction-free.