Overdose Risk Factors Identified in Youth With Drug Use Disorders

Researchers from the Massachusetts General Hospital have identified certain risk factors that can lead to drug overdose in children and teens who suffer from addiction. Until now, overdose risk factors had only been largely studied among adults diagnosed with drug use disorders. This latest research could allow doctors to screen youth more carefully and drastically reduce drug overdose rates among this vulnerable population.

What Are Common Overdose Risk Factors in Youth? 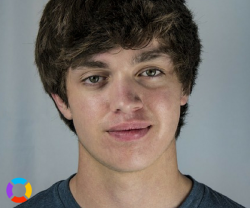 The most common overdose risk factor among this youth population was having two or more drug use disorders — specifically alcohol, cocaine, and/or amphetamine addiction. These individuals were more than three times as likely to have a history of drug overdose compared to youth who suffered from just one drug use disorder.

Other common overdose risk factors among youth were depression disorders, anxiety disorders, and eating disorders. Youth who reported experiencing an intentional overdose were more likely to have a history of self-harming behavior and inpatient mental health treatment compared to their counterparts who had accidentally overdosed. The study findings were published in the latest issue of the Journal of Clinical Psychiatry.

How Can Overdoses Among Youth Be Prevented?

Lead study author Amy Yule, MD says that brain regions responsible for decision-making do not fully mature until a person reaches their 20s, which is why investigating overdose risk factors among youth is so important. Identifying overdose risk factors in youth may allow doctors to intervene earlier before the brains of those at risk are fully developed, and before drug and alcohol abuse have permanently impaired and rewired brain circuitry.

Yule adds that while the opioid epidemic has helped raise public awareness surrounding the importance of addiction treatment, doctors should take all substances of abuse into consideration when assessing a patient’s overdose risk. Screening youth early on for previous overdoses and psychiatric history could help lower their risk for an opioid overdose later in life, even though opioid use is not as prevalent among the youth population compared to alcohol, cocaine, and amphetamine use.

Other ways to prevent overdose and addiction among youth is to avoid exposing them to drugs and alcohol at an early age, and remove them from environments where drugs and alcohol are easily accessible. Drug education is also helpful in reducing overdose rates in that it teaches youth about the effects and dangers associated with using certain substances.

Children and teens who need help fighting addiction can safely recover at treatment centers that offer detox, therapy, and dual diagnosis treatment. Today’s drug and alcohol detox treatments are safe and effective, and can be conducted with the use of medications and other therapies that reduce pain and discomfort caused by withdrawal. Therapy and dual diagnosis treatment can help teens address the root causes of their drug use disorders, whether they stem from peer pressure, an unhealthy home environment, or pre-existing mental illnesses like social anxiety and bipolar disorder.

Some addiction treatment programs are geared specifically toward youth, and offer family therapy so patients can involve their parents, siblings, and other relatives in their recovery. Youth programs also commonly use 12-step support group therapy to help children and teens bond with peers who may share similar struggles.

Call our 24/7 confidential helpline at 800-483-2193(Who Answers?) to learn more about safe, effective treatments that can help your child or teen successfully fight addiction. Detox.com will discuss all your treatment options and help you find a nearby drug detox center devoted to helping your child experience a safe, fulfilling recovery.