Cocaine Use Rising in Florida, Nationwide as Painkillers Become Harder to Obtain

Officials say cocaine use is rising nationwide on behalf of the U.S. opioid epidemic, which is making it increasingly difficult for people to obtain painkillers from their doctors. Individuals who can no longer get painkillers are heading to the streets instead to buy dangerous, illicit drugs like cocaine and heroin to feed their addiction.

Here’s a look at the latest news surrounding rising cocaine use across the U.S. 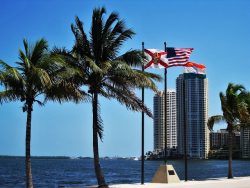 The rise in cocaine use in FL is partially due to the state’s ease of access to illicit drugs.

The DEA reports that roughly 80 percent of U.S. cocaine seizures take place in Florida, California, and Texas. Florida often ranks among the top 10 states with the highest drug addiction rates due to the accessibility of illicit drugs like cocaine, heroin, and fentanyl analogues.

How is Rising Cocaine Use Linked to the Opioid Epidemic?

Officials are saying the opioid crisis is driving cocaine use, but why? Prescription opioids are becoming more difficult for patients to obtain since doctors and law enforcement have taken steps to reduce doctor shopping. Doctors are turning to alternative pain relief treatments that carry a lower risk for addiction, and are checking state databases to prevent patients from obtaining multiple opioid prescriptions from different prescribers.

Patients who stop receiving painkillers from their doctors will often head to the streets to buy heroin — an illicit opioid up to several times more potent than most painkillers. But since cocaine has become cheaper and more accessible in recent years, a higher number of painkiller users are starting to replace opioids with this powerful stimulant. Some users are even combining cocaine with opioids to create deadly cocktails known as “speedballs” that significantly boost the risk for an overdose.

How to Treat Cocaine and Opioid Addiction

Stimulants like cocaine can lead to life-threatening heart problems, while opioids like heroin can cause respiratory depression and stop one’s breathing. Combining stimulants with opioids can instantly trigger an overdose, coma, or death. Fortunately, cocaine and opioid dependency can be safely and effectively treated with drug detox programs that offer a medical detox, medically assisted detox, or medication-assisted treatment.

A medical detox at an inpatient treatment center is one of the safest and top recommended ways to overcome cocaine and opioid addiction. With a medical detox, patients can take medications that relieve or eliminate certain withdrawal symptoms to experience a more comfortable, low-risk recovery. Since medical detox treatments take place in a hospital, residential, or inpatient setting, patients have 24/7 access to nurses and doctors who can monitor their vitals and minimize complications.

If you or someone you love is struggling with addiction to cocaine or opioids, understand that professional help is available and nearby. Call our 24/7 confidential helpline at 800-483-2193(Who Answers?) to discuss your treatment options with a drug abuse counselor, and to find nearby drug detox centers ready to help you become healthier and addiction-free.