Jose Dagoberto Cortez-Perez pled guilty in 2016 to charges of manufacturing and selling powerful drugs as part of Mexican cartel that sold drugs in New York City. On Friday, March 9, 2018, a judge in Brooklyn sentenced him to 10 years in prison.

The cartel imported several different types of drugs into New York City, including methamphetamine, heroin, marijuana, and cocaine. Many of these went into the boroughs of Brooklyn and Queens. Part of Cortez-Perez’s job was to travel around the country and increase the addictiveness of the drugs they were selling, which increased the demand for them, and therefore, the price. He also worked to purify batches of methamphetamine that were not pure enough to begin with.

When he was arrested back in 2016, a search of Cortez-Perez’s two homes found over 140 pounds of methamphetamine and $130,000 in cash. After he serves his prison sentence, he will face deportation back to Mexico. 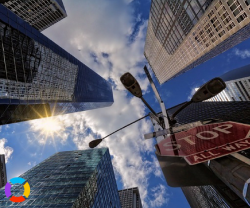 Methamphetamine abuse is still a serious issue in New York City and New York state, although most of the attention is placed on the opioid abuse crisis. According to the Office of Alcoholism and Substance Abuse Services, meth isn’t sold on the street in New York City like other drugs are. Instead, it is usually sold in or around night clubs or from special illicit businesses. To find out where one can buy this drug, an individual will usually need to know someone who is involved with the business.

While most people who smoke methamphetamine do so in its rock-like form through a glass pipe, there are other ways of abusing the drug. Most use its ice form, though New Yorkers are starting to turn to another form of meth called glass.

How Do I Know If Someone I Love Is Using Meth?

Meth abusers put themselves in serious danger every day. This drug can cause a number of intense side effects, both psychological and physical. Here’s how you can recognize if someone you care about has been abusing this dangerous drug.

Meth detox requires many individuals to be treated for both physical and psychological withdrawal symptoms. Many people experience drug-induced psychosis during meth withdrawal, so they may require inpatient care, medications, and in severe cases, isolation. After a time, the individual may need to be treated with antidepressants and anticraving medications. Meth detox usually takes 3 to 4 weeks, although symptoms can last much longer.

Get Help Today for Meth Addiction

You can find safe, reliable detox and rehab centers near you when you call 800-483-2193(Who Answers?) today. Don’t wait; your drug-free future is right around the corner.