Preliminary drug overdose death rates are in from the Centers for Disease Control and Prevention, which show the numbers of overdose deaths in each state between August of 2016 and August of 2017. While some states seem to be seeing a decrease in their numbers, New Jersey and Pennsylvania are among the states seeing skyrocketing rates. 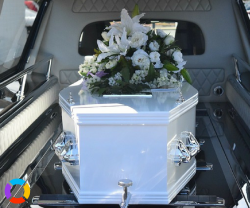 Though the Midwest seemed to see a sizeable decrease in their overdose rates, it is at this time difficult for experts to say if these numbers are exact. “It’s too early to say if the pattern will hold up, and these are very preliminary numbers and likely undercounted,” said Jeff Lancashire, National Center for Health Statistics spokesman.

Who Is Likely to Experience a Deadly Drug Overdose?

Many drugs cause overdoses, but not all of these are deadly. However, most addictive drugs can create severe overdose syndromes that can put a person’s life in danger.

Anyone who abuses these drugs regularly is likely to overdose on them, but even someone who takes one of these substances once could overdose.

How Can I Get Help for an Overdose?

If you think someone you know has overdosed on a substance of abuse, call 911 immediately. If you believe this could occur because someone you love is abusing drugs consistently, treatment in a detox and then a rehab center is most likely the best choice for their safe recovery.

You can call 800-483-2193(Who Answers?) to find detox and rehab centers near you that will offer your loved one the safe, effective care they will need to put their drug abuse behind them.